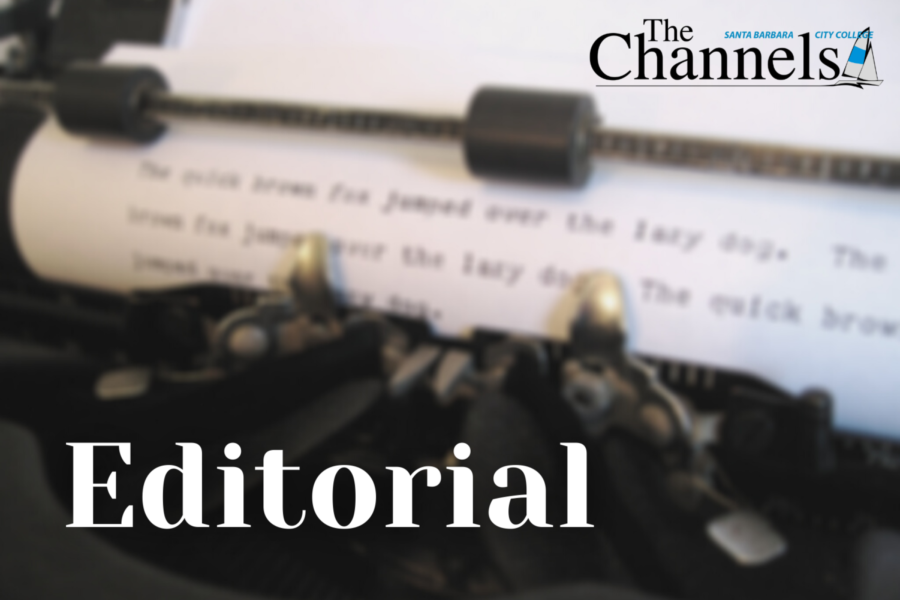 After the Board of Trustees and Academic Senate began the semester at odds, it is reassuring to see the college’s two most influential governing bodies begin the process of making amends.

Despite the numerous exchanges of Brown Act violation allegations, disagreements and miscommunication, the two groups finally seem to be moving forward.

The board represents the voters within the City College district (Carpinteria to Goleta) by determining policies and decisions which ultimately affect the school and district as a whole. The senate represents the school’s faculty in administrative matters.

Ideally, these two vital parts of the school should work together to fulfill the college’s mission of ensuring the success of each student.

However, years of rising tension led to a breaking point over the summer when the senate passed an eight-page Writ of Particulars listing grievances against the board, only to receive a dismissive response from the trustees.

On Aug. 3, the senate passed a Vote of No Confidence against five of the seven board members: Peter Haslund, Kate Parker, Robert Miller, Marsha Croninger and Veronica Gallardo.

The vote was 13-2, with one abstention. This action was made to put pressure on the board before their Aug. 5 meeting where trustees planned to vote on whether a vaccine mandate should be implemented in order for individuals to return to in-person classes.

The no-confidence vote, according to Senate President Raeanne Napoleon, was intended to be a political move stating the senate’s lack of trust in the board’s leadership. On Aug. 5, the board passed a vaccine mandate 6-1, with Gallardo opposing.

Later that month on Aug. 26, after consulting with the college’s legal counsel, Craig Price, the board accused the senate of passing the vote “in violation of the Brown Act and without legal authority,” according to Croninger.

The Brown Act is California’s open meeting law, requiring governing bodies to be transparent with the public.

Soon after, the senate received legal advice from Price as well as attorney Mark Manion, who specializes in the Brown Act. Manion reaffirmed the validity of the senate’s Vote of No Confidence and stated in an email on Sept. 1.

“In my judgment, Mr. Price’s conclusion is an overly rigid interpretation of the authorities cited in his legal opinion.” During this meeting, Napoleon also said “there were a number of potential Brown Act violations against [the Board of Trustees.]”

In the following Academic Senate meeting on Sept. 8, Croninger submitted her own 14-page response to the writ of particulars. Although the senate acknowledged the document, no action was taken.

In that same meeting, the senate unanimously reapproved the Writ of Particulars and Vote of No Confidence by listing it as a consent item and approving the consent agenda with a vote, in accordance with the Brown Act.

At the next board meeting on Sept. 23, Napoleon told the board of the legal opinions the senate received and their reaffirmation of the Vote of No Confidence.

“I hope we can all move forward now. I hope that we can put this all behind us…and figure out how we’re going to move forward and work together on the mission statement of the college — serving our students and all of those good things,” Napoleon said after telling the board of the revote.

In separate interviews with The Channels, Napoleon and Haslund, who is the president of the Board of Trustees, said members of each group have since met casually in an effort to open the dialogue and understand each other’s perspectives.

Both leaders said although there may be disagreements, they are willing to communicate in the pursuit of maintaining a working relationship.

The mending between the two has coincidentally taken place after Interim Superintendent-President Kindred Murillo stepped into the picture. In the same role at Southwestern College, Murillo turned the school’s accreditation status around from warning to reaffirmation within a year, according to the Times of San Diego. Although it’s unclear whether she’s had an influence on this sudden change in the board and senate’s rapport, she has a proven track record of making positive changes.

As a campus community, expecting open communication between two important governing bodies should be the bare minimum.

Here at The Channels, we will continue our reporting with a watchful eye, anticipating both of the bodies to honor their word and uphold the college’s reason for its existence — the students.

The Channels • Copyright 2023 • FLEX WordPress Theme by SNO • Log in