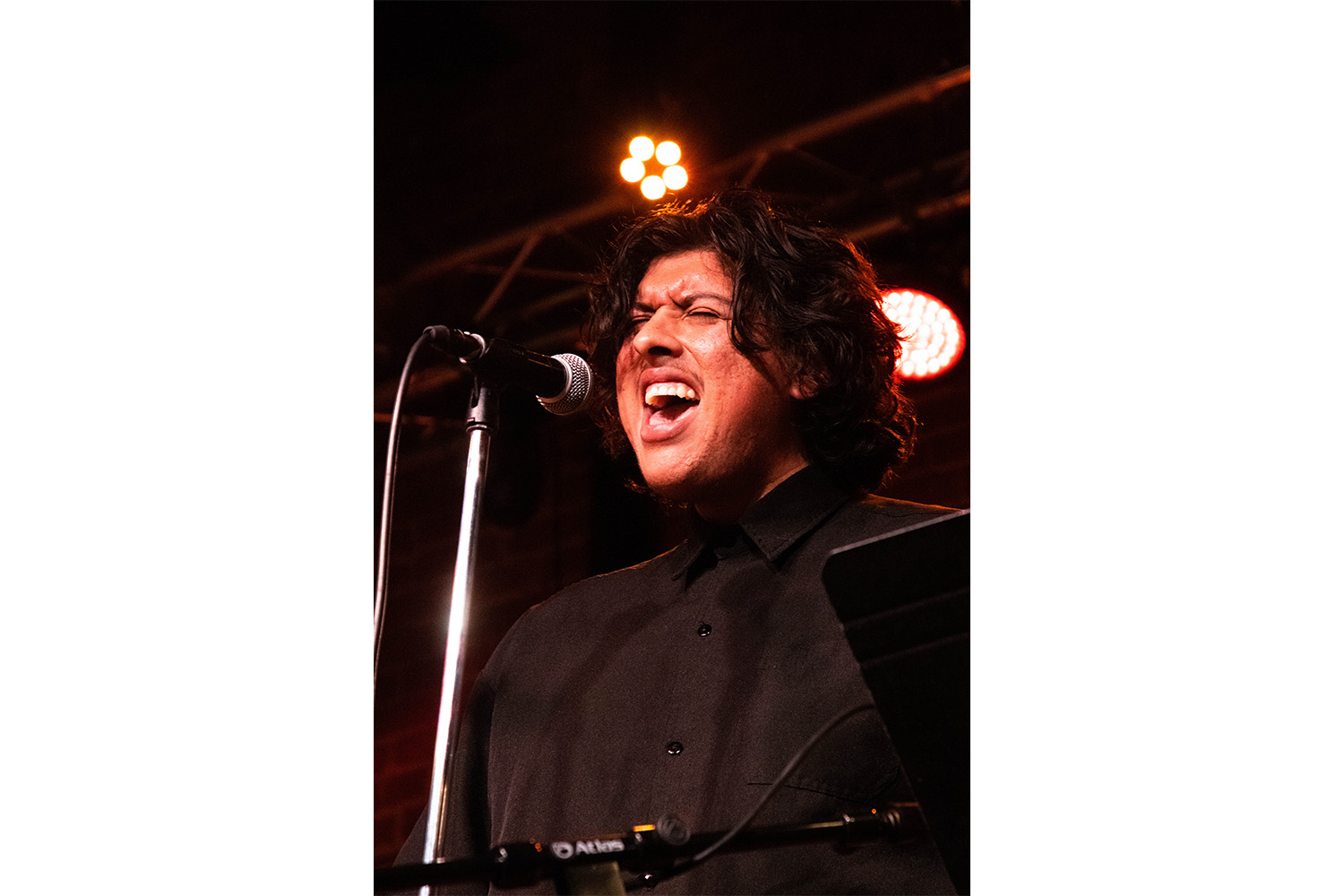 Trombonist Kevin Roman lays down vocals at a jazz show on Monday, April 11 at SOhO Restaurant and Music Club in Santa Barbara, Calif. Roman sang for two songs during the evening as part of the New World Jazz Ensemble. (Rodrigo Hernandez)

Trombonist Kevin Roman lays down vocals at a jazz show on Monday, April 11 at SOhO Restaurant and Music Club in Santa Barbara, Calif. Roman sang for two songs during the evening as part of the New World Jazz Ensemble.

With the lights dimmed and dinner served, the City College jazz combo classes took to the stage on Monday, April 11 at SOhO Restaurant and Music Club.

Andrew Martinez’s group hit the first note 17 minutes after the concert was set to begin. Martinez described the group as “new students having fun,” and that’s exactly what they did.

Each member of the group had one solo and even a bass player changed between songs. The set lasted about four songs or so and provided good vibes for the audience enjoying dinner.

The second group provided the most energy as they all fed off each other. Band member Maria Cincotta, the alto saxophone player, stuck out to the audience with her animation and liveliness throughout the performance.

Ethan Fossum, the drummer for David Campos Group performed a solo in “Mr. PC” by John Coltrane which was very upbeat and kept a fast tempo, something I was impressed with. However, it seemed to drag on for too long and kept the crowd and players on their toes for when the song would resume.

Jessica Frost joined the group on vocals for a few songs as well which dramatized the overall feeling of the music.

The third band to perform was the New World Jazz Ensemble, who performed three songs. They started off with “Cooking at the Continental,” which was a highly energetic song and had extended solos from the bass and drums.

The camaraderie between the players exuded through their performances.

“Everything Happens to Me” included a saxophone solo that tethered between the two players with a flute solo whispered in between to come out stronger than the louder instruments.

The New World ended with “Softly, as in a Morning Sunrise.” The serenity of the flute was so peaceful and heightened the emotion of the piece.

This was the last performance of the semester for the Jazz combo bands.