Raeanne Napoleon to serve in second term as senate president 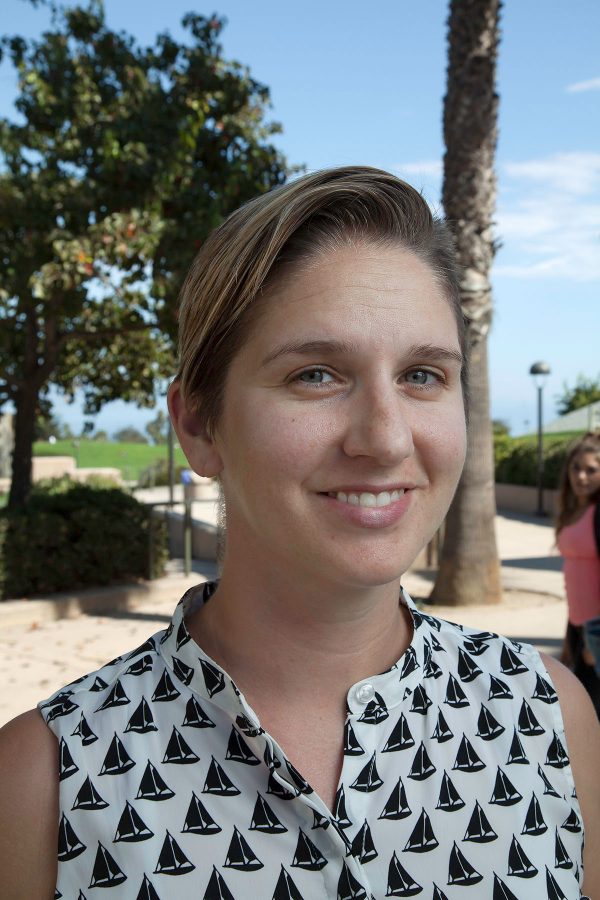 File photo of Academic Senate President Raeanne Napoleon from 2016. Napoleon was recently reelected for a second term, receiving 100 percent of the 55 votes cast.

The Academic Senate is wrapping up elections for five open senate positions and just welcomed current President Raeanne Napoleon back for a second term.

“Please join me in congratulating Dr. Raeanne Napoleon for winning her second term as Academic Senate president in an uncontested election,” past-president Patricia Stark wrote in a campus-wide email on April 19.

Napoleon was elected with 100 percent of the 55 votes cast.

However, Napoleon’s re-election creates an overlap between president-elect, acting president and past-president in the coming years and a potential opening for a position. Stark said the senate will have to discuss how to handle the job responsibilities typically assigned to each role.

Napoleon will officially begin her second term in 2022.
“Thank you to the many full-time faculty members who participated in this election process—and to Rae for agreeing once again to take on this important and very challenging position,” Stark wrote in the email.
The senate is also waiting to discuss the results of the five positions that were just filled during elections, and the appointment of a new vice president.

Every three years, a different group of senate divisions nominate and elect its representatives. This year, those divisions included the business, math, sciences, social sciences and fine arts divisions.

Math instructor Elizabeth Chisholm ran uncontested in the math division, replacing senator Pam Guenther—who was elected to fulfill the remaining term of instructor Anna Parmely, who resigned from the senate.

“I am happy to serve,” Morales wrote in an email to The Channels.

Senator Patricia Stark will step down this semester from representing the fine arts division following her retirement in May. The election for this division was to fulfill the remainder of Stark’s term, which normally would’ve ended in 2023.

On May 5, the Senate will also elect a new vice president.

Senator Robbie Fischer is the current vice president and one of the two sciences division representatives.

Vice presidents serve for a year, and are nominated and then voted on by other senators during the final meeting of the semester, which is on May 5.

“If someone nominates me, I will consider running,” Fischer said, “but I will not nominate myself.”

Fischer said he’s hopeful that transparency on campus continues to increase and that new voices continue to be included in campus governance. He’s also particularly hopeful that leaders work to value equity and are “impassioned” to achieve equity.

Regardless of whether Fischer is re-elected as vice president, he still has one more year in his term as a sciences representative.

When asked about Napoleon returning as president, Fischer said she’s done much to highlight many “previously silent” voices in campus governance.

“Her presidency is already a success and is more impactful than any other in my time here,” he said.