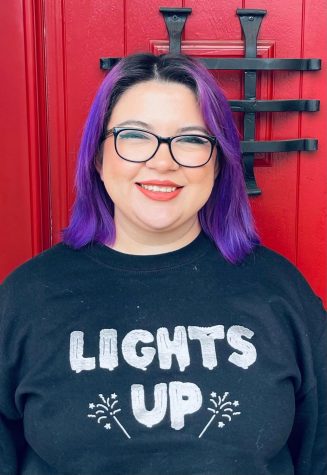 Such a simple phrase, but too often taken for granted. It’s something my family and friends say to each other no matter where we are going.

According to the National Missing and Unidentified Persons System database, more than 600,000 persons of all ages go missing, and approximately 4,400 unidentified bodies are recovered every year. California tops the most cases for missing people with 2,133 thus far this year.

Being abducted is probably one of the scariest things I can think of.

Having to worry about these things is another added pressure of being a young woman in college.

It’s part of why I’m so haunted by the case of Kristin Smart, who went missing after walking back to her Cal Poly-San Luis Obispo dorm in May of 1996. She was only 19 and has yet to be found.

The case regained traction and informed a new group of listeners thanks to  “Your Own Backyard,” a year-long documentary podcast series investigating the case that ran from November 2019 to 2020.

Seeing the college culture between 1996 and pre-pandemic, Smart could have easily been me or one of my friends. I was around the same age and beginning college, in a new environment and surrounded by new people.

The case made me think of how I continue to stay vigilant and aware of my surroundings, no matter how safe I felt.

Smart’s case remained unsolved for over two decades, but has been reopened.

Paul Flores—the prime suspect in the disappearance and allegedly the last person to see her alive—was arrested and charged for the murder of Smart on April 13, 2021.

His father, Ruben Flores, was also arrested as an accessory to murder.

On the night of Smart’s disappearance, she was walking home from a college party. Paul allegedly walked Smart back to her dorm.
Smart’s case remained unsolved for over two decades, but has been reopened.
I think about all the times my guy friends asked me “why are you always so worried?”

They don’t have to think about being followed to their car or the bathroom. They aren’t given pepper spray when they get a car to add to their keychain. They don’t fake conversations on the phone to avoid awkward confrontations.

They don’t have to stay on guard in case something happens and worry about whether they might end up like Kristin Smart.

Before I leave anywhere, alone or with friends, my parents ask me, “where are you going and who are you going with?” I know they aren’t asking me to be annoying, but just to know what my plans are and who to call if I don’t answer. I’m thankful to them.

According to the US Department of Justice, 51% of student rape and sexual assault victimizations occurred while the victim was pursuing leisure activities away from home.

This is something I think about as I get closer to leaving home and transferring to a new state and environment. You always hear about girls and young women disappearing while at college and in a new environment and groups of people they don’t know.

I may still get annoyed by my parents calling “Okay, be careful,” but I know it’s just for my safety, they want the best for me.