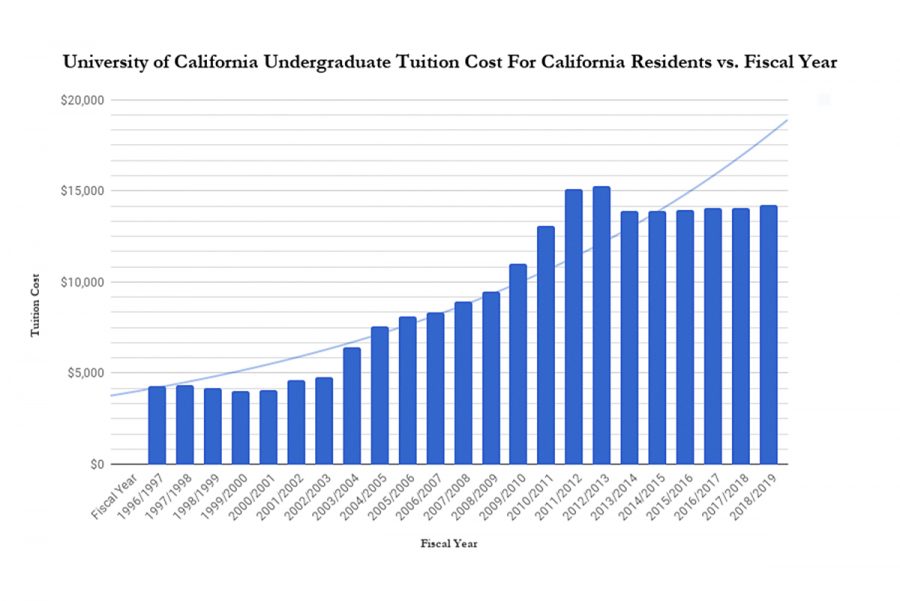 UC and CSU students could be facing yet another tuition hike for the 2018-19 school year.

Overall, tuition for the University of California and Cal State institutions has risen over 200 percent in the past 20 years, making it increasingly difficult for California students to pay for college.

“I was scared if I got accepted, it’d be such a disappointment that I couldn’t afford it, so the cost of tuition is a huge factor for me,” said City College student Luna Nelson.

The past two decades have seen a decline in state funding and an increase in demand for enrollment, so the tuition hike, CSU says, is to help students in the long run by helping improve graduation rates and eliminate achievement gaps. Essentially, the state support per student is thousands of dollars beneath where the CSU would like to be.

According to the Public Policy Institute of California’s Higher Education Center, 35 percent of full-time freshman at California colleges will turn to financial aid and student loans, averaging out to $6,650 for the first year of college.

Knowing other people who have used student loans themselves and have not even graduated university yet, Nelson says she notices that “they’re already worrying about how they’ll pay off their loans and debts.

“Many people I know are considering transferring to a school abroad where it’s much cheaper, and they won’t be in debt for as long.”