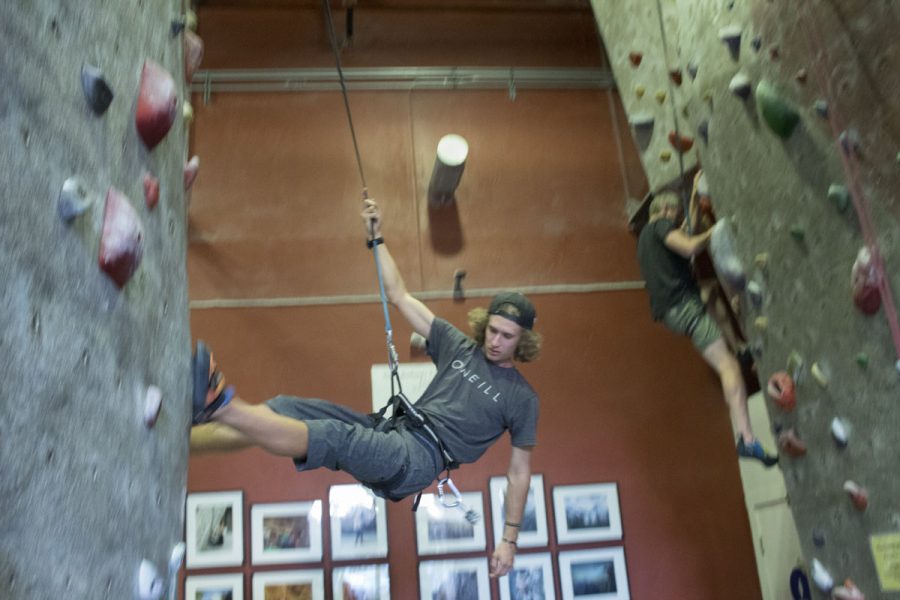 The Jenny Schatzle Program is a high intensity workout that combines cardio and strength training for what might be the best worst hour of your life.

The six week program designed by the trainer Jenny Schatzle gets harder each week. The program says they are “about you rewiring how you look at yourself and your potential.”

As a college student who lives off of ramen and an average four hours of sleep, I was not emotionally or physically prepared for the extremity of the workout. I tried out a one hour session in the third week of the program. Halfway through, I really thought that I might die, but I kept on squatting with a weak smile plastered on my face. At the stereotypically “healthy” age of 20, I didn’t want to die next to a middle aged man wearing lululemons.

However, the instructor, Chito Elias, took the time to show the modifications for those with different physical abilities. The workout was broken into 6 minute segments that allow ample time for water and recovery. Yes, the workout was difficult, but it made me feel stronger than I have in a while. It empowered me, which is exactly what the program sets out to do.

Like to exercise, but bored of your average gym workout? Santa Barbara Rock Gym may just be the place for you.

Tucked into a corner behind the Casa Blanca restaurant on lower State Street, the small gym is home to several indoor bouldering and top rope walls, offering manual belay setups for practicing in pairs, as well as auto-belay setups for solo climbing.

Upon first walking in, I was impressed by how well they have managed to take advantage of their limited space. Multicolored climbing routes are scattered across every wall from floor to ceiling, even spanning the archways between rooms.

After about 45 minutes exploring the walls of the gym, my blistering palms, exhausted muscles, and sweat-drenched clothes left me feeling as though I had spent an entire afternoon completing an intense full-body workout.

In addition, my continuous trial-and-error of several routes actually allowed me to see some improvement over the course of my admittedly brief time climbing. For those in search of an alternative way to get in shape, and a workout that will inspire you to improve, the rock gym is surely a staple.

I’m not a yoga person, or at least that’s what I thought. I didn’t buy into what I heard about what it does to your ‘mind and soul,’ but I thought, ‘why not give it a try at Corepower yoga studio downtown’.

Other than it being an attractive venture simply because it was free, I had always wanted to try to clear my ‘mind and soul’. During the session, I sweated like I never had before, while imitating the awkward movements of other ‘yogis,’ who arduously followed the instructions of the yoga instructor.

She moved around in the dim studio repeating inspirational phrases like “exhale your fears, and inhale positivity,” in a calm but assertive voice.

At one point of the 60 minute session I felt hypnotized. I exercised my body and my ‘soul’ at Corepower where fitness and spirituality meet. It was an enriching experience I would recommend to anyone. Namaste