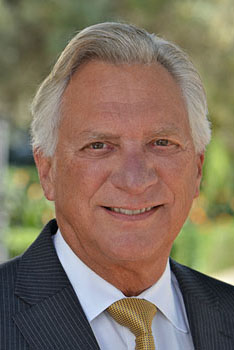 The only republican candidate, Frank Hotchkiss, has openly displayed his disbelief in climate change over his last eight years serving on City Council.

Hotchkiss told The Channels that his platform does not include anything to help with student housing.

“It’s a free market, rents are high,” Hotchkiss said, “and sometimes students will have to double-up or triple-up to pay the rents.”

Hotchkiss said he believes the Metropolitan Transit District is doing their best to provide students with good transportation already.

“If the students have suggestions as to how it could be improved, I think they will get a welcome reception at MTD,” Hotchkiss said.

According to him, the primary problem in the downtown job industry is that students are crowded out of the market by illegal immigrants.

“I would hope by making it clear that Santa Barbara is not a sanctuary city, illegal immigrants would be discouraged from coming here and so more such jobs would open up for our local college students,” he said.

Hotchkiss said he encourages good relationships with the homeless population and believes that the city has tried very hard with them.

“The City of Santa Barbara has done all it can to help transients ordnance-wise.