Music students show off talent at “Jazz Night at SOhO” 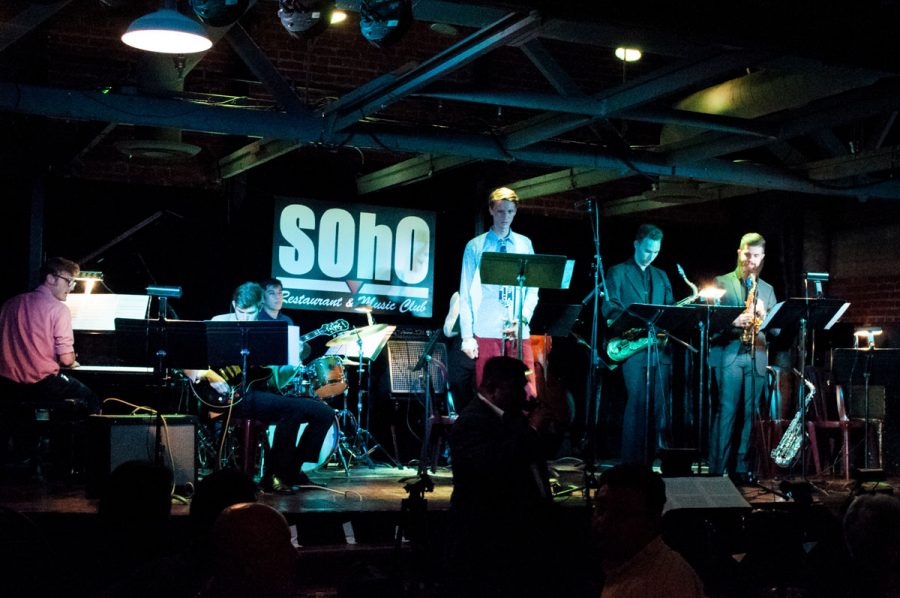 Good Times kicked off the evening with a contemporary tune entitled “The Arrival” followed by the sweeping “Ballad For A Lady.”

Throughout Good Times’ set, the trumpet player, Sergio Rodriguez, drove all of his melodies perfectly over the horn section with an approach very reminiscent of Miles Davis. One of the two guitarists, Kellen Romano, showed the most enthusiasm on stage and executed some very notable soloing moments.

Director Eric Heidner interacted with the crowd by dedicating time between each song to provide proper introductions and context.

The third and final ensemble, Lunch Break, directed by James Mooy, closed the evening with a strong performance filled with more intense and dynamic songs.

There was even a rap verse performed by trombonist Grey Ingersoll, which caught the audience by surprise.

Pianist David Struven had an outstanding performance as well, filling in the spaces where the keys were needed.

The three ensembles made up of over 20 musicians truly proved just how remarkable the City College Music Department is, and what both their professors and students have to offer to not only the campus but to the community.

The next performance of the SBCC Concert Series will be with the Fall Chamber Concert at 7 p.m. Saturday, Oct. 28, at First United Methodist Church at 7 p.m.