Mojitos on the go: powdered alcohol gets federal approval 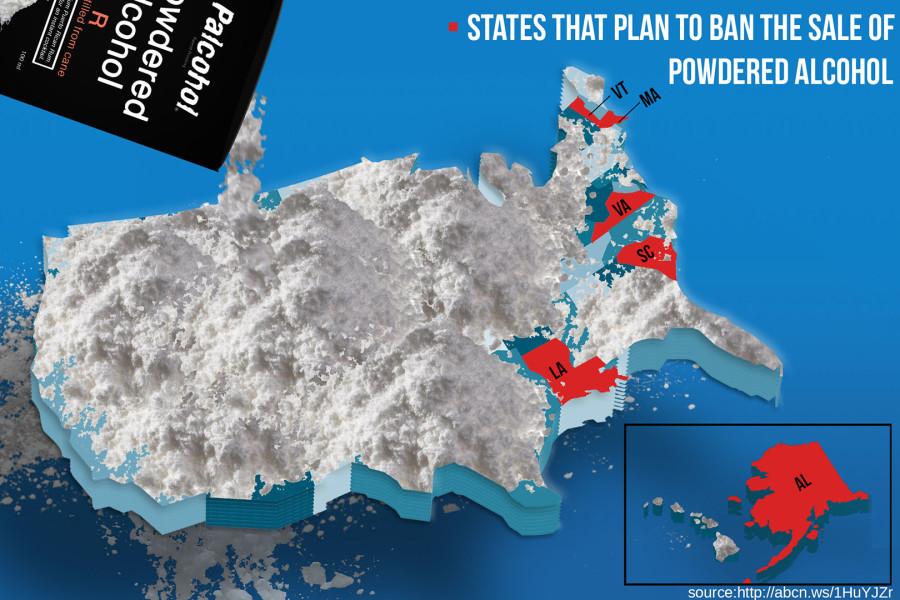 With the copious amounts of drugs and liquor available at the never-ending college party scene in Isla Vista, it is hard to imagine alcohol being sold as a powder.

On March 10, the U.S. Alcohol and Tobacco Tax and Trade Bureau approved Palcohol for sale. It is a powdered form of alcohol that consumers will be able to drink by mixing the product with water. However, there is still some controversy questioning its safety.

“Alcohol causes more problems than all the other drugs combined,” said Gordon Coburn, assistant professor in the alcohol and drug counseling department. “I’m against it because I don’t think we need any newer forms of alcohol.”

Despite the federal approval, it is up to each state to decide whether they want to allow Palcohol. Alaska, South Carolina, Vermont, Louisiana, Massachusetts and Virginia are the ones that so far are against it. The product is expected to be available for purchase this summer, and these states are taking the steps necessary to ban it from the market before it reaches the liquor stores.

Cosmopolitan, mojito and “Powderita” are the flavors approved so far and are made from distilled vodka or Puerto Rican rum. The founder, Mark Phillips, came up with the idea to sell alcohol in prepared powdered flavors and the concept is patent pending in the U.S. He wanted the freedom to enjoy an adult beverage in nature, and that is what inspired the concept of powdered alcohol.

“I can see that it would be convenient if I’m going on a camping trip, because powdered alcohol is lighter than liquid alcohol,” Coburn said. “If I want a little drink by my campsite I can mix the Palcohol with water. But that’s not where it’s going to stop. You get a powdered drug!”

The potential for eventual abuse has been taken into consideration while developing the flavors. Snorting the powder is therefore very ineffective.

“Anyone who would snort an entire packet of this stuff to get the effect of one drink is already missing some important brain cells,” said Stuart Light, an instructor at the alcohol and drug counseling department. “We know that someone will try it. But I don’t think that it will become an issue.”

There are concerns that young City College students, who live in a very drug-liberal environment, might act as laboratory guinea pigs to discover if Palcohol will be brought to the college party scene of Santa Barbara.

In Massachusetts, where they want to ban Palcohol, it can for practical reasons not be sold or classified as alcohol because it is not a beverage liquor.

“I think Massachusetts’ argument is interesting,” Coburn said. “A drug is a drug. Alcohol is a lethal drug and if you drink enough of it, it will kill you.”

Most students who are taking Gordon’s alcohol and drug counseling class, Alcohol and Other Drugs, do not believe that Palcohol is more harmful than liquid alcohol.

“It’s a personal choice of how you are going to use it,” said student Shane Hurrigan, 23. “I don’t think there is a reason why it shouldn’t be legal.”