From books and music to film and photography, arts changed my life 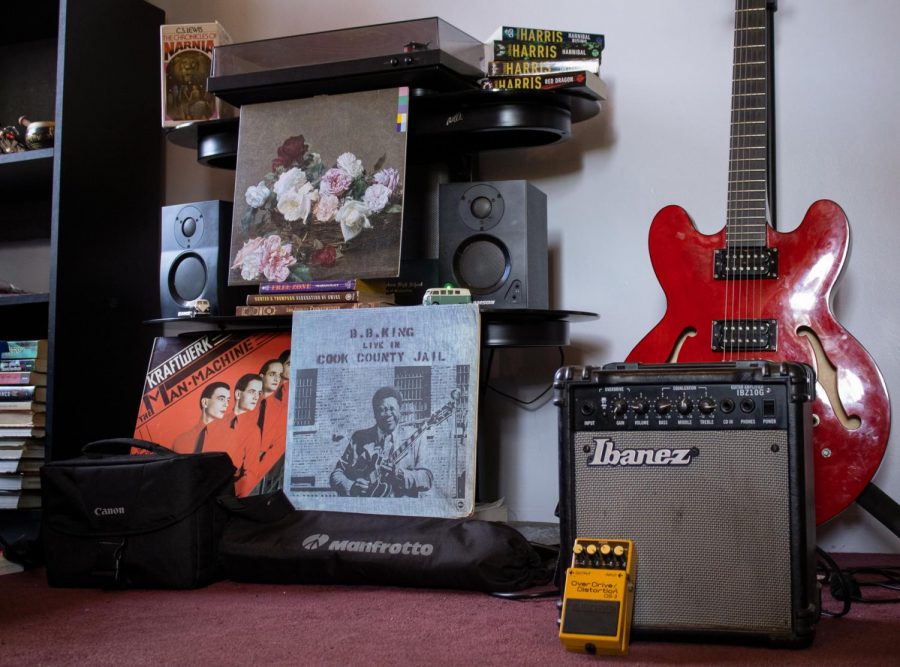 People express themselves in many ways including reading, collecting vinyl, listening and playing music.

Growing up as an only child of divorced parents, I always looked for outlets to express myself.

Although I enjoyed the seasonal athletics that the local YMCA had to offer, sports was never really something that piqued my interest.

Camping and the outdoors proved to be one of my favorite ways of destressing, but going out to the woods every time I feel overwhelmed isn’t practical in the long run.

In fact, it was the world of literature that first captivated me at a young age. The first book series that I really lost myself in was “The Chronicles of Narnia,” following the theatrical release of “The Lion, The Witch and The Wardrobe.” The Catholic school that I attended also very-much approved of this series, because of the various religious metaphors and symbolism throughout.

The next set of books that I was mystified by was from Lemony Snicket’s “A Series of Unfortunate Events,” again, after the theatrical release starring Jim Carrey.

Although the film received mixed reviews, it did manage to bring the series to my attention as a child, and I’m certain it did for others as well.

Although films play an important role in my life, books are not bound by the physical world. It is the only medium where the author is bound solely by their imagination. Technical advancements are making the unthinkable visually possible, but writing is something that doesn’t cost millions of dollars in technology, equipment and an entire production crew. It is as simple as a piece of paper and a pen, with an impact that shapes the world.

After growing up with beloved series such as “Harry Potter,” “Percy Jackon and the Olympians” and “The Hunger Games,” my interest in recreational reading waned as it became more assigned.

Which is when the medium of music became my main means of escape. After a few years of just listening to music, I picked up the guitar to learn my favorite songs and make some of my own. I still practice the guitar as a fun hobby even though I mostly just play songs that I like. Once my fixation on guitars passed, a vintage but trendy fad got a hold of me, collecting vinyl records.

It was like a breath of fresh air. I was back to just enjoying listening to the music, but this time with the experience from playing music, I had a much deeper appreciation for the craft.
The warmth of the vibrational waves that pulsate from the speakers is something that still sends chills down my spine to this day.
However, as my history of hobbies has shown, sooner or later I would become less interested in analog music and my personal life would revolve around playing guitar, listening to music on my turntable, or hanging out at the record store.

Recently, I have been immersed in the field of photography. Besides wanting to take high-quality images to look back on fond memories, I also began practicing photography to serve as a valuable asset and tool for my career as a journalist.

In recent coverage for a story, I used the camera to not only capture an event or moment but to tell a story with a single image. Without those photos in the article, it would not have gained its reach and would have made the story feel incomplete.

Reading for amusement is something that crept back into my life, mostly because I was done reading the books that high school assigned me. Besides strengthening my vocabulary, reading a couple of chapters at the end of the day feels like a more productive way of spending my free time instead of scrolling through social media. I’m currently enthralled by the “Hannibal Lecter Series” from Thomas Harris.

From my experience, there is an expectation that men’s interests and activities are confined to physical activity. Although those activities have their place and necessity, there is something to be said about expressing your emotions through outlets that don’t have to be physical and are non-aggressive.