No money, no family, moving to California helped me find myself 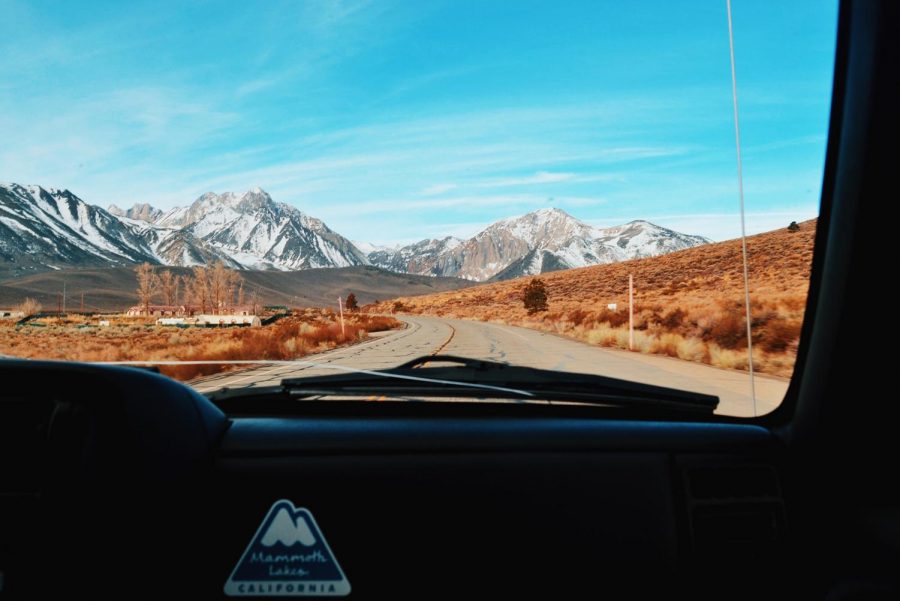 Driving in our 2001 Jeep Cherokee on the 395 headed to Mammoth after a trip down south.

Out of two children, I was the second. My older sister, my mentor and corruptor, also went through an intense rebellious phase. My parents were relieved with me, I would be the easy child for them, or so we thought.

Nope, sorry guys, change of plans, I’m dropping out of school AND I’ll be moving across the country to a mountain town in California with my boyfriend who I JUST met five months prior.

A year before I left, I was outside on my family’s manicured lawn, soaking up as much of the East Coast sun as I could.

My mom filled out most of my college applications, and I went to the only school I got into, in cold-hearted Providence.

A couple of months passed and I “knew” what I wanted my career to be. An elementary school teacher. That sounded so good to my parents. They were proud of me, society seemed to salute me, it would be comfortable and easy.

It secured how my future was going to unfold.

I watched the sunset reflecting on the ocean in Rhode Island, on a summer night after my freshman year. In a kind of half meditative, half contemplative state, I thought, was I teacher material? I unsurely gazed at my messy handwritten journal filled with doodles, lyrical poetry and the stories of rebelling that year.

I was really TRYING to do the right thing, but that right thing seemed to be for someone else, someone I thought I had to be.

So I acted not the way a conformer, rule follower would. I did the exact opposite, I got more piercings and seven tattoos in five months.

I was blooming and growing like the mandala tattoo on my chest, which took a painful six and a half hours.

I partied a lot and acted like a wild child, thinking I was secure with everything, but really I was just as lost as anyone who tries to grow up too quickly.

I wanted freedom, I wanted to find my own stability. I wanted adventure.

My parents brushed it off and laughed, and instead I was pressured to transfer schools. Maybe if I went somewhere new, farther away I would like it more.

The admissions counselor at Keene State College gave me a blank stare when I walked up and confidently asked to withdraw from school a semester later.

“Are you sure you want to do this?” we both faked a smile. “You just transferred here from another school this semester and you want to withdraw completely from school?”

I looked at her clearly and declared, “I’m sure, I am moving to California.” (A remix of “Going to California” by Led Zeppelin and “Going back to Cali” by Biggie Smalls melded together in my mind).

I packed a suitcase (or two… maybe three) and flew out there with my one-way ticket, facing my fear of flying alone.

I brought my camera and journal in tow, capturing the beautiful landscapes of the Eastern Sierras and Mammoth Mountain down through the coast. I stayed the year, hiked, biked, camped, swam in freezing lakes and partied from sunup to sundown.

By night I was serving tables, babysitting, anything to get the money. Spending too much money, but the money was well spent.

I learned so much about myself from leaving my comfort zone, growing through both the good and the bad of my experiences.

I had no idea the choice of leaving school would, in turn, make me want to go back to school with more drive, more direction, and motivation to create something for myself.

There is a lot of pressure to conform, follow the norm and do something just because it is accepted. The only standard you can live up to is the one you hold yourself to, not the one society has for you.

Sometimes it means taking that risk, trusting it will work out for your higher good, even if you aren’t exactly sure you know the direction, it is part of the journey.