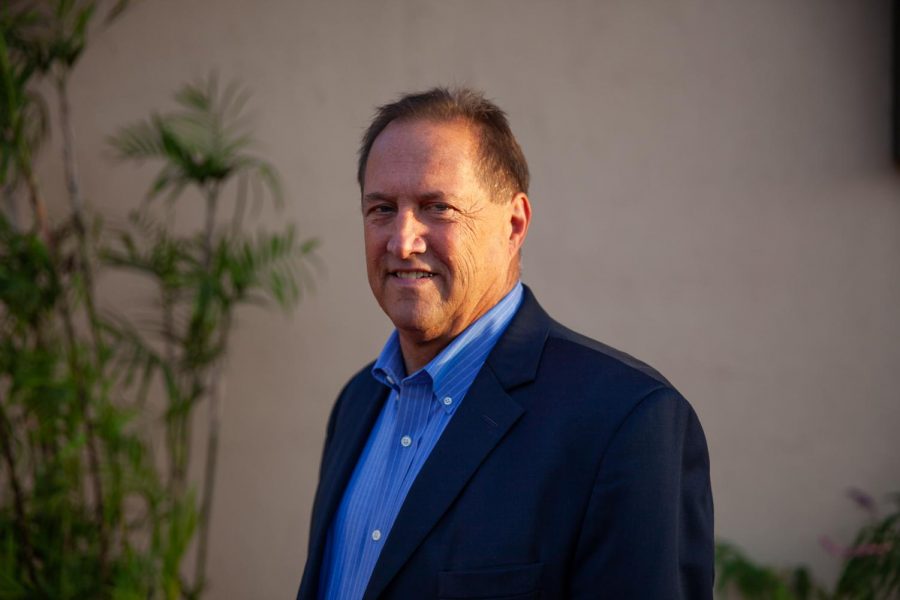 With City Council elections fast approaching, Santa Barbara City College sits at the heart of District 2, as one of the biggest entities in the district.

The Channels Editorial Board has met with each candidate vying for the District 2 seat and has unanimously chosen to endorse Mike Jordan.

The District 2 election comes at a pivotal time for City College.

The college is currently grappling with absolving the racial tension that has carried over from the previous semester and budget cuts resulting from a $3.2 million structural deficit

City College also faces many problems off-campus, such as housing, and neighborhood impacts of the college throughout the city.

With new leadership arriving at the college, voting for a candidate that understands City College issues is vital to the success of the college and its students.

Although each candidate would bring their own style and strengths to the City Council, The Editorial Board agreed that Jordan has the experience and understanding necessary to properly represent City College and the interest of its students.

However, his understanding of City College issues is what sealed his endorsement.

Jordan has given definitive plans for several issues City College has grappled with, including City College collaborating with private companies to help minimize the current $3.2 million deficit and creating a road diet on Cliff Drive to help control the amount of traffic.

For housing, Jordan said he would be interested in pursuing a housing unit on city college property to help combat widespread homelessness amongst students and to also bring down the number of students driving to campus every day.

Jordan suggested City College collaborate with UCSB to create a program to help bridge the gap between white students and students of color transferring to four-year universities.

The Editorial Board considered a few other candidates before coming to this conclusion.

We believe Teri Jory is a very capable candidate, but feel she could have the biggest impact by continuing her work in improving the Mesa as a passionate neighborhood advocate. City Council members often have to work through bureaucracy and find middle-ground solutions, and working as a neighborhood advocate doesn’t always translate into an efficient government leader.

We admired Tavis Boise’s adamant fight for stopping climate change but believed many of his ideas for making City College more sustainable were difficult to execute. He also seemed to have a limited understanding of city issues, and although climate change is important, he came across as a one-note candidate.

We believe Jordan would do the best job of representing the students at Santa Barbara City College.

City Council elections will be held on Tuesday, Nov. 5.