SBCC should live up to transparency promise 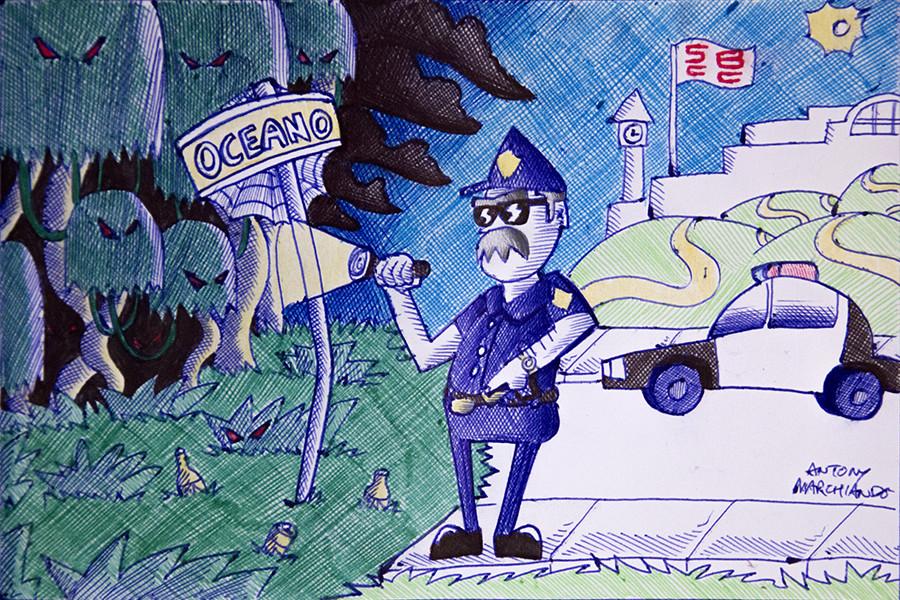 Our college administrators preach that they maintain transparency when communicating with students and the surrounding community. But in two instances this fall, The Channels questions that commitment.

Former City College football player Kenechukwu Denzel Ugwueze is in county jail on charges of raping a female student last month on Oceano Ave. Ugwueze was arrested Sept. 11 in San Diego, following a report filed on Sept. 2. After receiving an anonymous tip on Sept. 27 in the comment section of the crime log, The Channels attempted to follow up and report on the story.

From the initial contact with the college on Sept. 30, The Channels was told by multiple administrators that they could not or would not comment on the subject.

Public Information Officer Joan Galvan said she wouldn’t comment without the name of the defendant. But when The Channels called again two weeks later with a name, she still refused to comment and referred us to Dr. Ben Partee, dean of student development.

We contacted Partee two weeks ago, and we’re still waiting for a reply.

It wasn’t until after The Channels filed a California Public Records Act request that Galvan replied—in writing—that Ugwueze is “currently not enrolled.”

We still don’t know whether Ugwueze was expelled or placed on indefinite suspension.

What has become clear, though, is that this incident and other serious crimes committed on Oceano have not been included in the City College’s annual security report. With Oceano and Barranco being party-central streets on the Mesa, we again question the college’s commitment to transparency.

In 1986 Jeanne Clery and her family were looking into schools. When looking into Lehigh University, they had checked the college’s crime log to see if they were sending her to a safe place. Lehigh knew a student had been accused of rape, but did not report it anywhere publically. Clery moved into her dorm at Lehigh, and was raped and murdered that same year.

The Jeanne Clery Act was signed into law in 1990 after lobbying efforts by her family. It requires all colleges and universities that receive federal student aid to create an annual report that lists the crimes that have occurred on and around campus and keep a weekly crime log for the public. The act is meant to promote safe campuses and keep students and their families informed on what is happening.

The act describes off-campus as, “student organizations which are recognized by the institution and that are engaged in by students attending the institution.”

This means that what is considered to be “off-campus” is left to the interpretation of the college. As stated in the annual security report that was published this year, the areas included are as follows:

What has become clear is that Oceano and Barranca are currently not included within the jurisdiction of the college, but we feel they should be.

Oceano and Barranca have become popular destinations for students because of how close they are to campus. Homeowners and long-term Mesa residents have voiced their frustrations over the large groups of students living nearby. At a joint City Council and City College Board of Trustees meeting on Oct. 12, angry neighbors complained about the amount of crime and disturbances happening in their neighborhoods. But the majority of these don’t get reported to the college, and if they do they aren’t reported in the crime log.

City College was aware of Ugwueze’s arrest for weeks, and as a transparent institution devoted to our safety, it was the college’s duty to make their students aware. This was the spirit of the Clery Act.

The City College has taken many steps to curb sexual assault. For example, mass emails have been sent to students informing them how to protect themselves, students can now be punished for off-campus crimes and promoting awareness by screening the film “The Hunting Ground,” hosted by Student Health and Wellness and City College Connect as well as the Feminist Club and the Santa Barbara Rape Crisis Center.

While these attempts are noteworthy, the college needs to take another step by practicing complete transparency.

By failing to aid our attempts to publish an article about the disturbing attack and not including crimes committed in the nearby area in the annual report, the college administration is creating a culture of secrecy, not transparency. Without it, the college is not taking responsibility for their students safety.