Student senate shouldn’t spend a third of its budget on D.C. trip 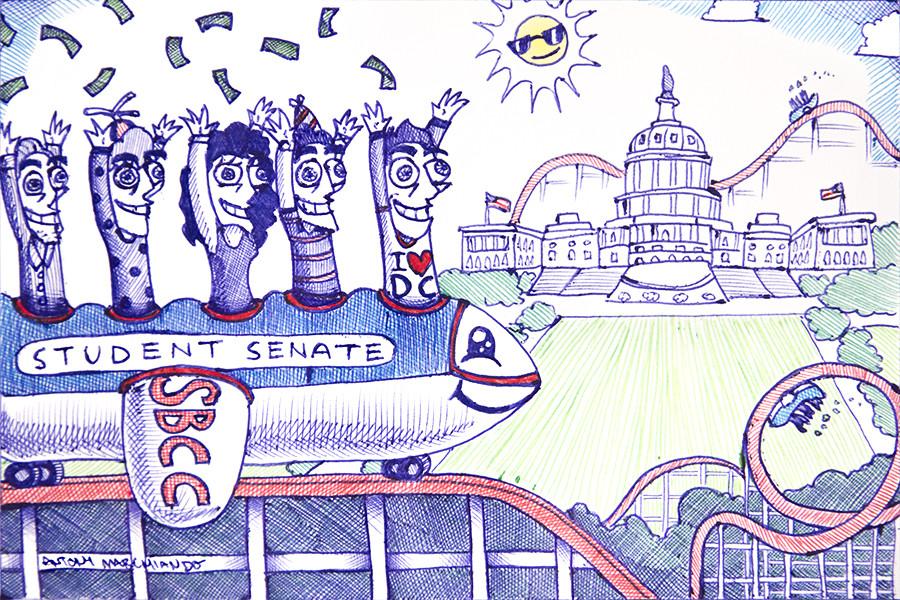 In a close vote, the Associated Student Government decided to spend almost a third of its student representation funds on a trip to Washington, D.C.

The leadership conference the senators want to attend will be held Nov. 19 to 22, less than two months away. It’s expected to cost about $26,000, but because the flights and hotels haven’t been booked, the price still hasn’t been finalized.

The Channels Editorial Board feel this is an irresponsible use of these funds, especially after the senate went  over budget last semester by almost $5,000.

Some senators agree with us. Though eight voted for the trip, six were against it, with one senator abstaining. Even adviser Dr. Ben Partee warned the senators to consider if it would be the most effective use of the money.

The senate is supposed to be advocating on the behalf of the student body with that money, but there is little in Washington, D.C. that really affects us here at City College.

What started as a hope-for meeting with Sen. Dianne Feinstein turned into a possible meeting with one of her assistants. Our own Santa Barbara Rep. Hannah-Beth Jackson is much easier to reach here in town, and Feinstein has an office  in Northern California. There’s no reason to travel to D.C to meet with them, let alone one of their aides.

On top of that, Congress goes on break the weekend of the trip. So many of the members won’t be around during the conference anyway.

Meeting with these representatives takes a ton of time, and without the proper planning, senators won’t get the most out of an expensive opportunity.

And they may not be allowed to use the money for a trip out of state in the first place.

The law for the use of representation fees doesn’t explicitly say what the money has to be spent on, instead it is left up to each individual college to interpret.

According to City College’s governing guide, one of the main purposes of the student senate is to “monitor and assign use of the Student Representation fee to ensure that SBCC students are represented at local and statewide activities.” What it doesn’t mention is advocating at the national level.

The last conference the student senate went on resulted in the removal of 11 of the 15 members for conduct violations.  We feel the senate needs to prove itself to the student body as a responsible governing group before spending so much to travel across the country.

Even though most of the current members were not involved with the senate when this happened, it doesn’t seem right to ask for this much money on the very next big trip.

And while we appreciate the attempt to learn and network at a leadership conference, there are numerous in-state alternatives that would be far less costly and accomplish the same goals.

We believe the senators should overturn their decision and re-examine how they want to best use our representation funds.

They need to show that they can responsibly spend the rather large amount of money they get from us every year, which is usually close to $50,000. Using a third of the senate’s money on a trip to D.C. that could be accomplished here in California for a fraction of the cost just doesn’t make sense to us.

[editor’s note: a previous version of this story incorrectly stated the senate receives around $100,000 a year from Student Representation fees. It is actually closer to $50,000 a year, with $100,000 currently being leftover.]