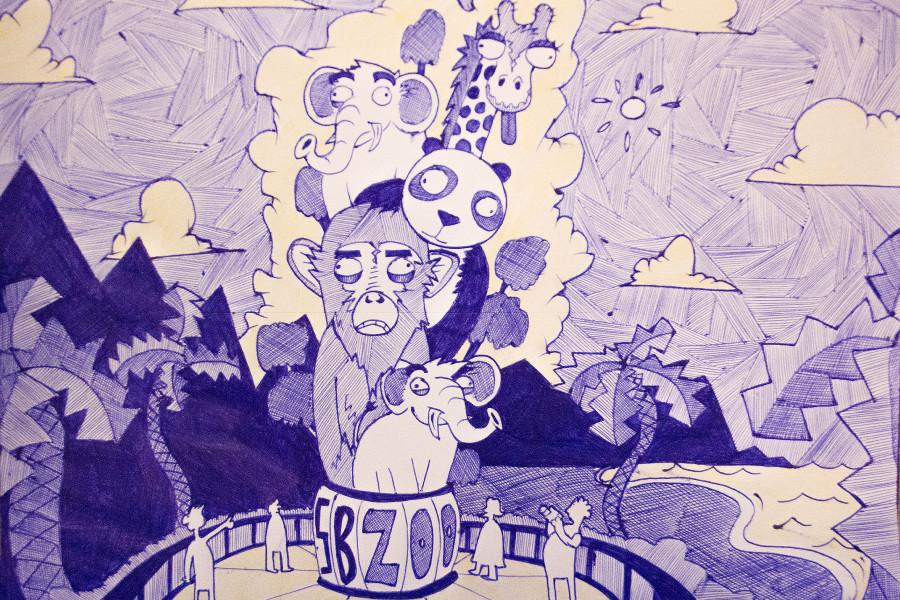 Spending a day at the zoo can be a lot of fun for those who are visiting, but it’s a completely different story for the animals that spend every day in the confinements of their cages.

If we can learn anything from the scene in the first Harry Potter movie, where Harry accidentally frees the boa constrictor from its habitat after he realizes he can talk to snakes, it’s that animals don’t like being cooped up.

A children’s movie where a boy can talk to snakes may not be the best example of the mistreatment of zoo animals, but the fact of the matter is that it happens in the real world.

Even if a zoo were to have an endless budget and no size restraints, the habitat a zoo can provide for an animal will never be able to come close to the freedom that an animal would have in it’s natural environment.

The nature of the zoo is to market exotic animals so that people will come and see them.

Going back to our Harry Potter example, Dudley is a great showcase of what people want when they go to the zoo. Dudley is bored because the snake is just lying there, so he starts banging on the glass to wake the snake up.

This eventually fails and results in Dudley getting trapped in the snake’s cage, but I digress. Ultimately, zoos are here for the customer’s benefit.

Secondly, if the habitats are a good size for the animals, they are going to go where they are more comfortable and frankly that is away from people.

This is what makes our zoo such a popular attraction, because it is tiny. The Santa Barbara Zoo stands at a meager 30 acres, though it holds over 500 animals.

One of the largest animals there is the Asian Elephant, and their natural home range is from 3,000 to 12,000 acres, which is astoundingly larger than the 30 total acres of the Santa Barbara Zoo. This isn’t even considering the fact that the elephant enclosure within the zoo is even smaller.

There is no getting around the fact that zoos are cruel and the idea of a humane zoo is an oxymoron, because it simply cannot exist.

The best option is, other than eliminating zoos entirely which I can’t see happening, is setting stricter parameters on what zoos can and cannot do.

Our zoo is apart of an organization that works towards this, the Association of Zoos and Aquariums (AZA), however some of the zoos they consider acceptable are still greatly lacking when it comes to the bigger animals.

There needs to be more organizations and stricter regulations if we are going to treat the animals basically being used for our enjoyment the way they deserve to be treated.

Zoos cannot and do not provide a space that is both acceptable for animals and satisfactory for customers. The mentality of the customer always being right cannot be applied to zoos at the expense of the animals, if zoos are going to ever be a somewhat decent place.