New initiative causes stress not success for students and staff 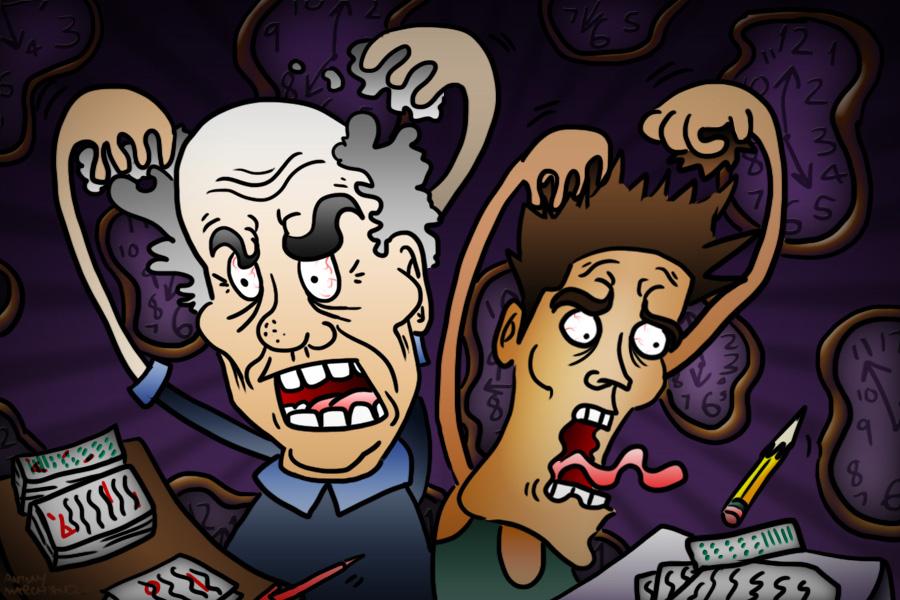 Finals for Spring 2015 could be in for some grim changes for students and teachers.

The crunch-time between exams is looking at being slashed from a hour to a mere 15-minutes and instructors could only have 48-hours to submit final grades.

Last month, scheduling administrators brought these changes to the Academic Senate for the spring finals schedule. These plans are brought on by a push from the Foundation for California College’s Student Success Initiative.

City College’s faculty has been heavily opposing these challenging revisions. But with such strong state education implementations, it seems as though they could pass with little room to budge.

The Channels editorial board strongly contests the adjustments and feels it is leaving the student body and faculty with a grim disadvantage.

The Student Success Initiative is based on 22 recommendations that serve as the Foundation’s guiding policy. It focuses on allowing every student access to the skills and technology to succeed in their education.

Because of this, the Admissions office now needs grades much faster than before resulting in the new 48-hour turnaround.

Administration must flag students who have below a particular grade point average, and give them the resources and opportunities to achieve. These students must be notified by the college, put on academic probation, and given enough to time to appeal their probation. In order for students to take action, this all must be done within the short 48-hour time frame.

The difficulty with scheduling finals comes from the expansive list of classes City College offers.

Much of the stress is brought on from the need to hold on-campus exams for the range of online-hybrid classes. To put it simply, we have too many tests and not enough rooms to hold them in.

We have talked with students who are taking online classes out-of-state. These students had to purchase plane tickets back to Santa Barbara or hire a proctor to take their finals.

The solutions brought to the Academic Senate will add another exam period beginning at 7 a.m., continuing until 10 p.m. Passing periods might also take a harsh drop from one hour to 15-minutes. Even with these cuts, the schedules next semester will be less than perfect because of online classes offered by City College.

However, if the new spring exam schedule is implemented we have specific changes to help instructors to make their finals plans and syllabi.

To avoid the use of time-saving scantron tests, instructors consider revising their syllabi, reducing both the length of the final and the grading leverage of the exam to still benefit the student’s education.
Instructors at City College are not required to give a final exam, only that the class meets on the scheduled exam day. Professors could choose alternatives to the traditional final.
Use the last day of class meeting as a review for students who are advancing to the next level, or for those who have issues with grades that need to be addressed.
We urge teachers to allow an optional short study time before the final to help students mentally prepare for the final.
Instructors could factor in the short personal time the students have and make adjustments to classroom protocol such as allowing students to use the restroom and to get food and water.
Though cheating is a concern for faculty on campus, we urge instructors to consider working in breaks to their class time. Make a two-part exam so students can take a short break between parts.

Both students and faculty may be heavily affected by the new modifications to the spring finals exam schedule. The Channels editorial board insists certain adjustments be made by instructors to ease the stress of the final haul of the semester.

The views and opinions in this Editorial are those of The Channels Editorial Board and not of the whole City College student body.