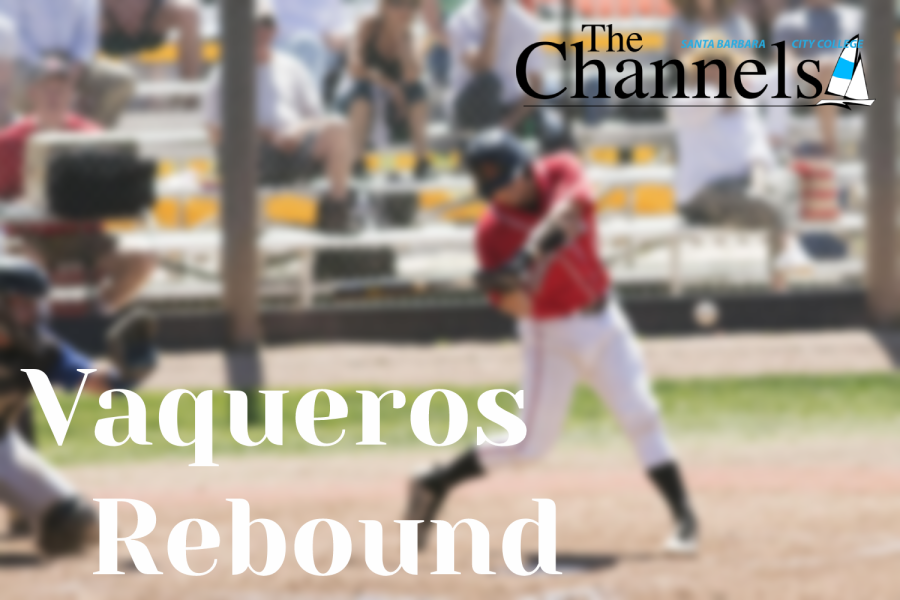 City College competed at the Western State Conference #3 at Santa Monica College on Friday. The Vaqueros ended with the highest score of 106 points. Freshman Elina Boroughs swam 5:14.06 in the 400 individual medley, and swam 2:40.95 in the 200 breaststroke. Freshman Charlize Winters went 2:26.72 in the 200 backstroke and finished first overall.

Results from the Western State Conference Tournament were not available at the time of publishing.

Results from the Vaqueros Western State Conference games against Moorpark College and Santa Monica College at Santa Monica Ocean Park were not available at the time of publishing. City College takes on Ventura and Bakersfield on Friday, April 8 at Ventura Harbor.

Results from the Western State Conference Tournament were not available at the time of publishing.

The Vaqueros faced Pasadena City College on Saturday. Freshman Mckinzie Grossini scored a run during the seventh inning and finished the game with one of five City College (9-23, 3-3) hits. Sophomore Isabella Huckaby contributed with an RBI. Catcher Linnéa Sandhai, had two hits during this game. The Vaqueros host Oxnard College in WSC-North play on Tuesday, April 5 at Pershing Park at 2:30 p.m.

Carson Cahoy hit a grand slam in the 11th inning securing the win for SoCal No. 10 City College (17-11, 10-5). There were no runs in the first 5 innings until Moorpark scored three runs in the top of the sixth. The Vaqueros responded quickly, scoring four runs in the bottom of the seventh. In the 10th, pitcher Charlie Adamson struck out the final two batters with runners on first and third, keeping the game tied 6-6. City College faces WSC-North leader Cuesta College on the road Tuesday, April 5 at 2:30 p.m.