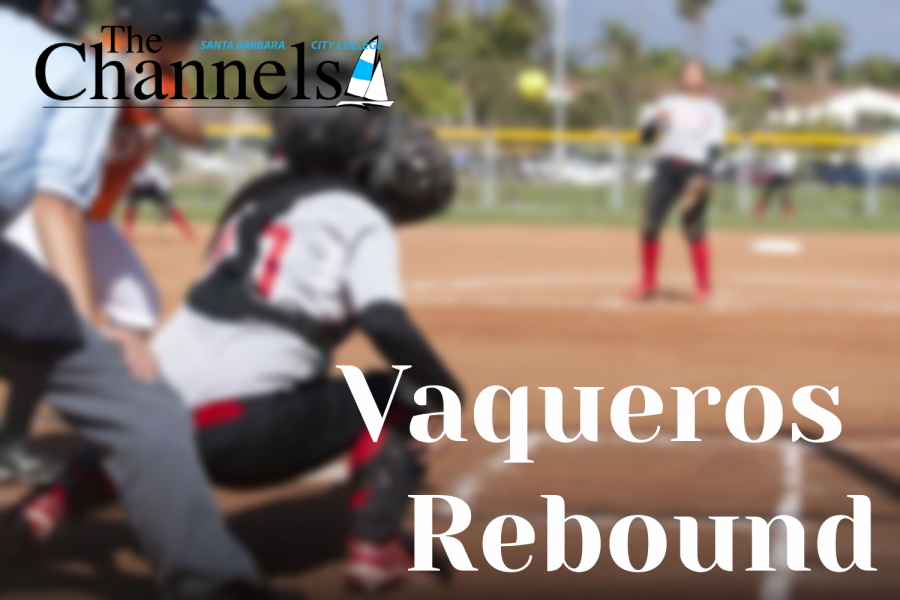 Due to the rain, the men’s golf event hosted by Allan Hancock College was postponed. It will be made up at Santa Maria Country Club on Monday, April 18 at noon. The next match for City College will be at the San Dimas Canyon Golf Course hosted by Citrus College on Monday, April 4 at 10 a.m.

The Vaqueros got jumped on early by Ventura, giving up seven runs in the first inning. Lauren Indermuehle had an RBI single, driving in Alyssa Perez in the top of the fifth inning. Linnéa Sandhai, Indermuehle, Natalie Depasquale, and Mellanie Barth contributed to the Vaqueros lineup with hits, totalling six hits throughout the game.

City College’s mistakes cost them the game against Moorpark in its series opener. Aiden Garza gave the Vaqueros six innings, giving up 7 hits, 4 runs, 2 errors and 3 walks. Tyler Imbach had two RBIs and Hunter Call had one RBI. Mark Hernandez, Tyler Imbach and Caiden Matheny added two base hits each for the Vaqueros.

City College hosted LA Pierce at the Sports Pavilion in their final home game of the season. The Vaqueros won all three sets 25-15, 25-11, and 25-15. Individual stats for City College were not available as of publishing time on Friday, April 1. The next game for the Vaqueros will be on Wednesday, April 6 at Santa Monica College at 6 p.m..

The Vaqueros completed their first win of the series to even it at 1-1. Decker Mac Neil threw five innings allowing 6 hits, 3 runs, 1 error with zero walks and seven strikeouts. In the top of the eighth inning, Carson Cahoy flew out to center driving in Caiden Matheny, while Andrew McKenna had a two-RBI single bringing in Nicholas Seyler and Pearce Blaney to score. City College hosts Moorpark for game three on Saturday, April 2 at 1 p.m.

City College won a close one against Cuesta College in eight innings. Starting pitcher Sarah Hammonds allowed eight hits and five runs in five innings. Lauren Indermuehle and Natalie Depasquale both had three RBIs while Naveah Freitas, Paige Powell, and Hammonds added two hits. The Vaqueros’ overall record is 9-22, and their next game will be on Saturday, April 2 at 10 a.m. against Pasadena City College at Ventura College.