Rebound: Beach volleyball opens WSC-N lead, baseball up to No. 10 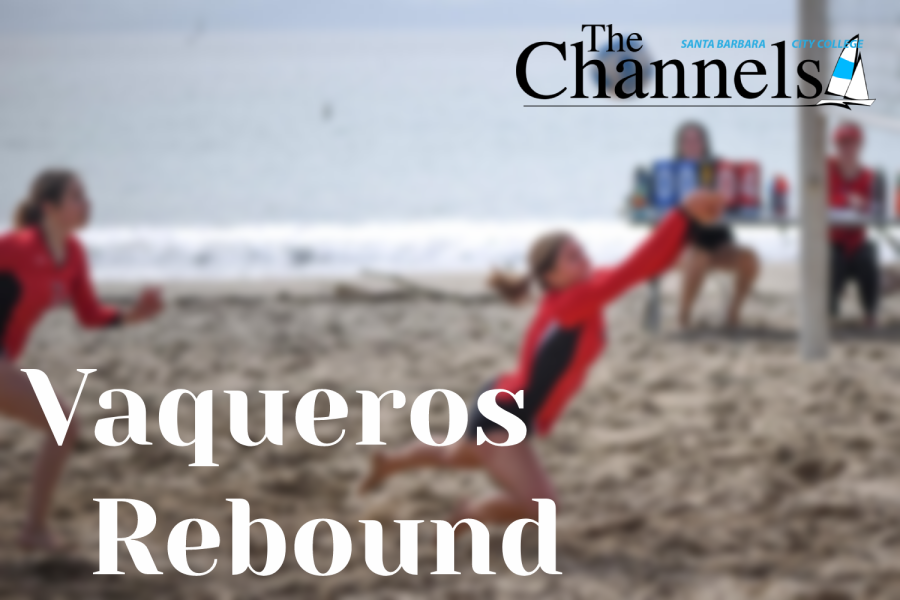 Wins at the No.1, No. 3 and No. 4 spots staked the Vaqueros to their first win in WSC-North play for the season. City College took their wins in a trio of 2-0 sweeps, while also being swept 2-0 in both of their losses. The win gives the Vaqueros the inside track in the conference, as this was second-place Ventura’s first loss of the WSC-N season.

The Vaqueros (5-1, 2-0) made it a sweep at Ventura Harbor by taking all five from Glendale College. With the win City College now sits in first place in the conference and will be back in action on Friday for another WSC-North double at Santa Monica College.

City College dropped for the second straight match as No. 2 Long Beach City College won in straight sets 25-16, 25-23, and 25-18. Five of the last six opponents the Vaqueros (4-10, 2-7) have faced are ranked in the most recent CCCMVCA rankings released on March 22. City College hosts winless LA Pierce on Wednesday, March 30.

Game results were unavailable for both Vaqueros non-conference games held on Friday as of publishing time. Bakersfield College came into the game ranked No. 12 in the state and No. 7 in SoCal by the 3CFCA, while Antelope Valley was receiving votes in the SoCal poll.

Having freshly moved up to No. 10 in the March 21 CCCBCA SoCal Poll, City College pushed across runs in the first three innings en route to a 10-6 win over LA Pierce. Caiden Matheny went 3-for-4 with 3 runs scored, 2 RBI, and a home run, while Pearce Blaney had a 4-for-4 day with 3 runs scored. Andrew McKenna and Hunter Call also had two RBI days, and reliever Seth White earned his third win for the season.

Results for the Vaquero’s first non-conference game held on Saturday were unavailable as of publishing time. Fullerton College was receiving votes in the 3CFCA SoCal poll.

The Vaqueros got jumped on early by State No. 18 and SoCal No. 9 Ventura, giving up five runs in the first inning. Lauren Indermuehle pitched three innings and drove in Alyssa Perez in the top of the third for City College (7-19, 2-2). Linnéa Sandhai, Natalie Depasquale, Mckinnzie Grossini, and Perez also had hits for the Vaqueros, who currently sit alone in fourth place in WSC-North play.