Sports cancellations hurt athletes, but not their ‘eligibility clock’ 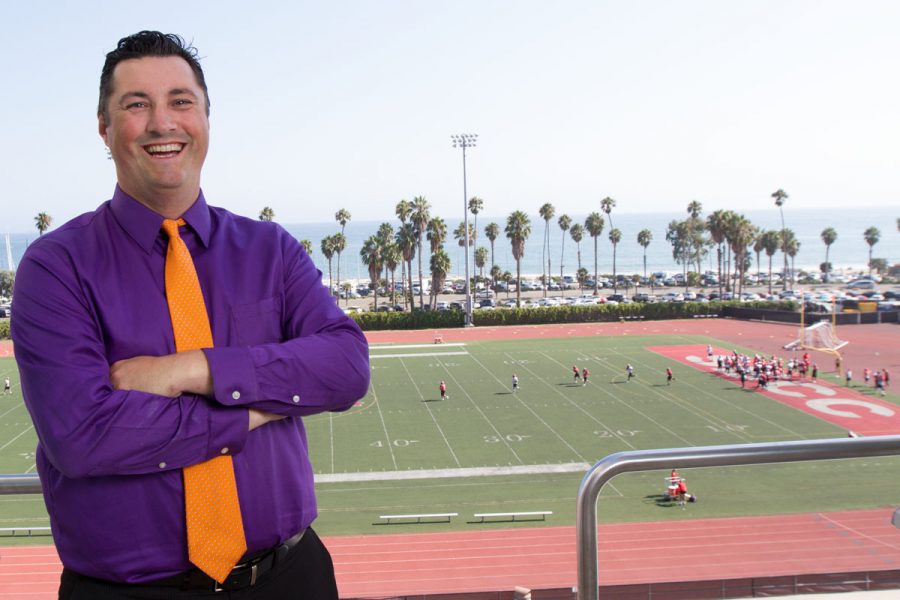 The 2020 athletic season in any sport will not count negatively against the students as the NCAA and NAIA have both granted college athletes a pardon on the year. File photo of Santa Barbara City College Athletic Director Rocco Constantino on top of the La Playa Stadium at City College from Thursday, Sept. 7, 2017 in Santa Barbara, Calif. Constantino comes from New Jersey and moved out to Santa Barbara as soon as he saw how beautiful it is here.

City College’s athletics department has agreed to not count the loss of the 2020 athletic season against the eligibility of student-athletes. This would allow all athletes competing in sports to be granted another year of competition due to not being able to compete this season because of the COVID-19 pandemic.

According to head baseball coach Jeff Walker, all city college athletes across the country had their season reinstated for next year and will not be counted towards this season.

“Some of the sophomores who played two years and are transferring on are now all considered sophomores at their new schools,” Walker said.

The loss of the season also affected prospective professional athletes who were expected to enter the MLB Draft.

“Many prospective pros who could have gotten drafted came back to college or they quit cause they did not see a good opportunity for them,” Walker said. “The draft is usually forty rounds but it was shortened to five rounds for this year.”

The loss of the season created many questions, such as what to do about an athlete’s “clock.” Head football coach Craig Moropoulos mentioned that a player’s “eligibility clock” starts once they enroll in college classes.

“Washing away the clock means that once you start as a first-time student and you attend your first class, your ‘clock’ starts as a division 1 athlete which also does affect the City College athletes,” Moropoulos said.

The California Community College Athletic Association stated that athletes won’t be charged that extra year. Not only that, but the NCAA also said they wouldn’t waive the year, but no information has been received about whether or not they would wash away the clock.

In other words, first-year players have essentially already used their suspension of participation that normally extends their eligibility.

The ultimate goal is to still have student-athletes transfer even tho there is no season this year.

25 players from the 2019 City College football team have already transferred to four-year schools.

Originally, an abbreviated season was supposed to happen in spring, but almost every school opted out. The focus now shifts toward preparing for the fall 2021 season.

Athletics director Rocco Constantino added that the NCAA and the National Association of Intercollegiate Athletics have put a waiver in place that allows clemency for this year. When students transfer into their new institutions, they are still going to be considered whatever grade they were the year prior.

“The clock does not apply for City College athletes but at the NCAA level, they paused the clocks until next year,” Constantino said.

Student-athletes may have lost out on a 2020 season, but they have the opportunity to get their 2021 season starting this upcoming fall.