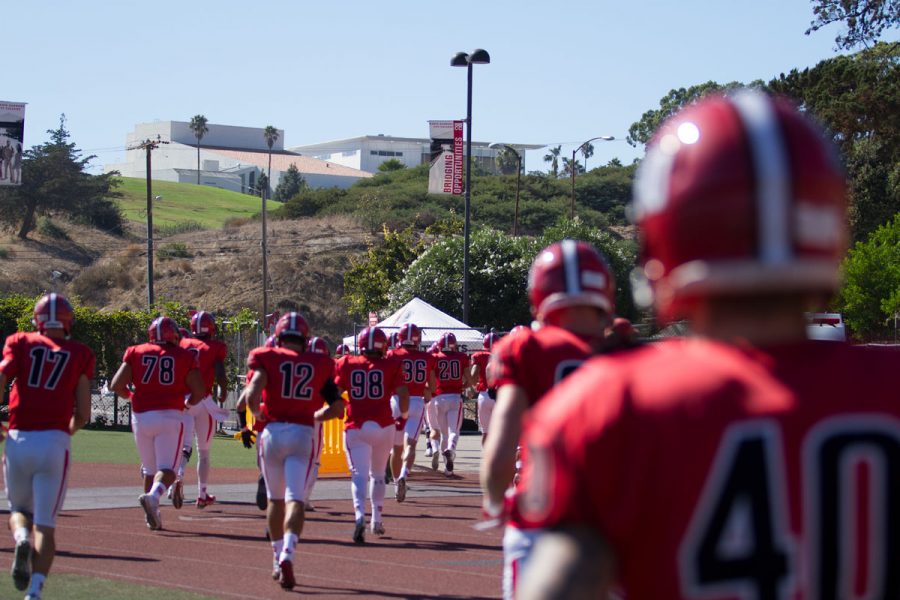 The City College athletics department recently saw first hand what it is like to conduct activity during a pandemic when three football players tested positive for COVID-19.

That is the reality during these times.

“When these players tested positive, we had just started so fortunately we just started up online,” Coach Craig Moropoulos said.

Team members play unavoidably close to each other and are at risk of contracting the virus during practice and at games.

The initial cancellation of fall sports postponed practicing until just last Monday instead of earlier in the summer.

According to Moropoulos, the team waited to start workouts and avoided campus after the three players tested positive.

The positive tests on the team fortunately didn’t have much of an impact overall because they identified the players quickly and put them into quarantine. Moropoulos said that the team is lucky that it was only those three players, and now they have slowly started to meet in person again while following health protocols.

“With so many people being asymptomatic, you just never really know. You test and you have to just keep on going but do it in a safe manner,” Moropoulos said.

While online, the team utilized Hudl and Just Play for playbook and film work. One of the hardest virtual challenges for the team is keeping everyone engaged.

Moropoulos said that having three players forced into isolation has really helped him and the team gain perspective on how fortunate and lucky they are that cases have been relatively small and no one has been sent to the hospital.

City College Women’s Soccer Coach John Sisterson said that a player on his team recently tested positive as well. Soccer had not even started, so fortunately the case was not much of a disruption.

“We only started on Monday, so we haven’t met the girl who got it. Her and her roommates quarantined for 14 days so it was all good,” he said.

The soccer team so far has only been doing zoom meetings, Sisterson said, and they are hoping to get on the field soon so they can start preparing for a January or February season start.

The future of their season could still change several times depending on if the COVID-19 cases remain under control.

For now, the soccer and football teams will have to patiently continue playing the waiting-game.