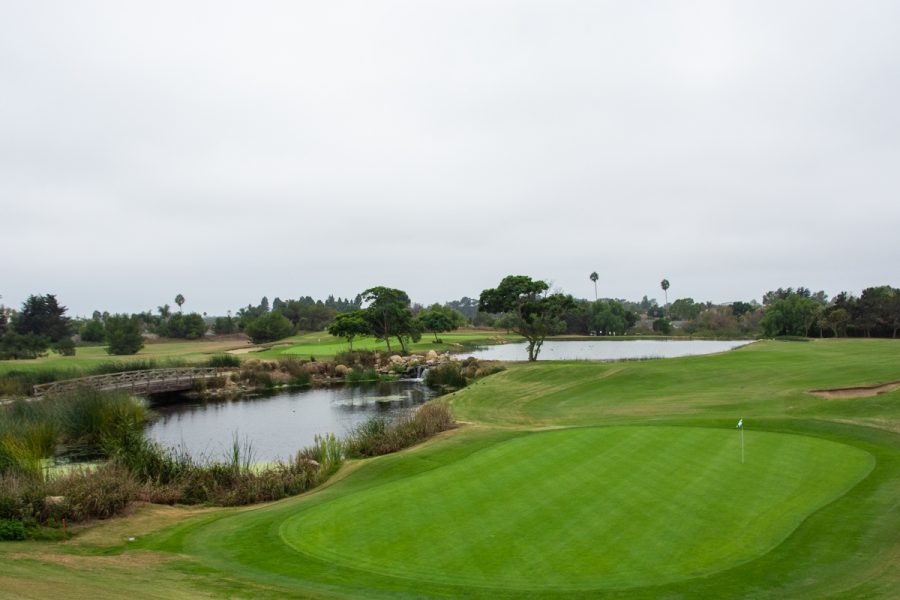 After 30 years and four state championships, Chuck Melendez is taking a step back from his duties as head coach of the mens and women’s golf teams at City College at the end of this semester.

“I don’t really look at it as retiring,” Melendez said.

He is taking advantage of the newly-established Supplemental Retirement Plan, which gives tenured faculty the option to retire early and receive a percentage of what they would have received for retiring later.

Melendez, a Santa Barbara local, grew up watching the Vaqueros. He saw the Sports Pavilion built and he played football at La Playa Stadium.

His dream was to play football at USC or San Diego State but when he didn’t get the scholarships he wanted, he decided to play at City College.

Melendez played baseball and football in college before going on to play the latter at Eastern Oregon State. He got his masters at Humboldt State.

When his playing career ended, he pivoted to coaching and hasn’t looked back since.

Melendez signed on to the Vaqueros coaching staff in 1990 as a physical education instructor and as the head coach of the baseball team, where he spent the next five seasons.

“That was a lot of baseball for five to six years,” he said.

In ‘94, Melendez became the head coach of the football team and worked with quarterbacks and wide receivers for the next seven years.

By the late nineties, he had been coaching football for 20 years and was ready for something different.

Around the same time, the job as the head coach of men’s golf opened, and women’s head coach job opened not long after that.

“It was really good to have the chance to change,” Melendez said.

Melendez said that if he could do things over again, he would have focused more on honing his skills as a golfer when he was younger.

Melendez seeked out the advice of his fellow coaches in order to get his golf teams to the point where they could be successful.

Though he understood the game, thanks in part to one of his brothers who played golf, Melendez was determined to lower his handicap.

“I wanted to be as good as the players that I coached. I got to a point where I was,” he said.

Melendez found success with the women’s golf team, and led them to four state titles in nine years, with the first coming in 2006.

“That first championship team I had with the women, that was the best team I had,” he said. “We were just extremely talented, it wasn’t a surprise that we won that.”

Melendez’s coaching style is one of positivity. He sets high standards for his players and does everything he can to help them get there.

“He never got angry or upset, he just wanted us to show that we were committed,” said Alexa Bleth, who played for Melendez during the 2018 and 2019 seasons.

Bleth was nervous when she first joined the team, but quickly realized that Melendez had fostered a competitive and fun environment.

“I don’t think I could have asked for a better coach my first two years away from home,” she said.

By her sophomore year, Bleth was Melendez’ “second in command” and helped him relay lessons to the rest of the team.

Pratima Sherpa, a standout from the 2019 squad who will be playing at Cal State Los Angeles next season, said that Coach Melendez was always extremely supportive. He instilled in her the importance of learning from her mistakes, and helped her become mentally strong.

Although Melendez said that he initially wanted to retire a little bit later, he is excited for what’s next.

“I’ve been pondering this for a bit,” he said. “There’s other things I want to do.”

Those “other things” include watching his friend coach the Bulldogs basketball team at Mississippi State University.

“This will give me the chance to go watch them play,” he said.

Melendez has been a constant in the athletic department for over three decades, and as his tenure at City College nears its end he holds onto something that he has valued since he was a kid: sports are, and always will be, fun.