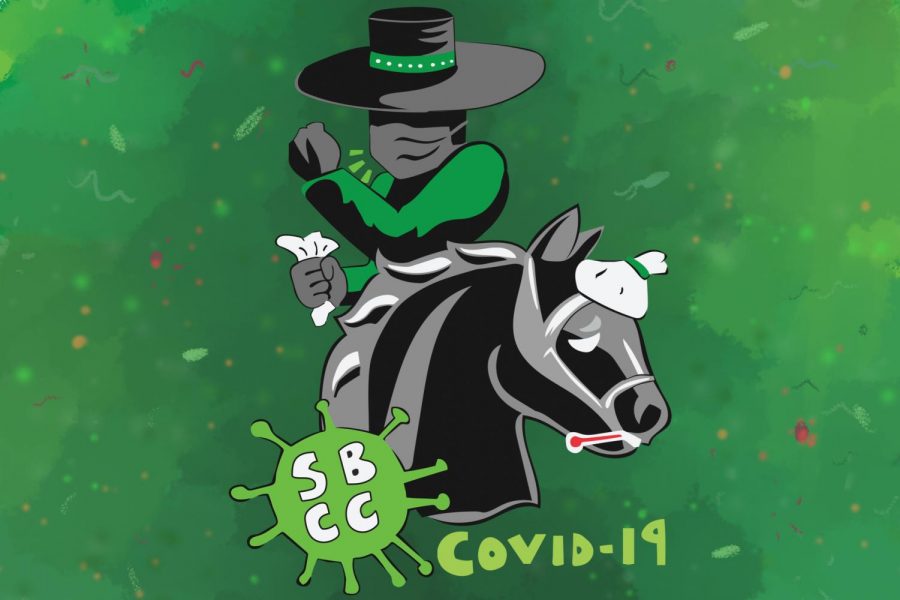 The City College Athletic Department took to YouTube to honor the best athletes and coaches of the year at its annual Athletic Achievement Celebration on Friday.

Because COVID-19 shortened the seasons for the teams playing during the Spring semester, categories like Men’s/Women’s Team of the Year, Athlete of the Year and Coach of the Year were awarded to both fall/winter teams and spring teams.

Normally, these awards are judged by the whole year.

The Women’s Athlete of the Year for the fall/winter semester was awarded to Alondra Jimenez of the women’s basketball team. Jimenez had a great season with the Vaqueros and scored 16.7 points per game while averaging 30.9 minutes and 5.2 assists per game. On top of that, Jimenez was selected to the All-Conference First Team.

Jimenez’ coach, Sandrine Rocher-Krul, won the award for Women’s Coach of the Year for the fall/winter semester as well.

Rocher-Krul led the women’s basketball team to a 15-9 record and their first playoff appearance since 2013.

“That was really unexpected,” said Rocher-Krul.

Rocher-Krul said that she couldn’t have won this award without all the other people in and around the team.

“This award is the team’s,” she said.

Women’s tennis coach Christina Klein was awarded Women’s Coach of the Year for the spring semester.

Klein led women’s tennis to their first WSC title in over two decades last season and looked to repeat that this year. The team had a 12-1 record and 12 straight wins when the season was cut short.

As for the spring semester, the Men’s Coach of the Year was awarded Jon Newton, coach for the men’s volleyball team.

Men’s volleyball dropped its first two games this season but had been on a roll since. With its record of 8-2, the team was the number one seed and had beaten the top two ranked teams in the state.

The Men’s Athlete of the Year winner was sophomore Jacob Schultz, defensive end for the Vaquero football team.

Schultz reached a total of 71 tackles, good for number one in the league. He also won Defensive Player of the Year in the American Pacific League and Santa Barbara Athletic Round Table Athlete of the Year.

Ryan Guardino from men’s baseball was awarded Men’s Athlete of the Year for the spring semester.

Guardino led the team with a .415 batting average, eight doubles and 14 stolen bases. He also had ten multiple-hit games.

Hana Wigzell from women’s swimming and water polo won the Women’s Athlete of the Year award for the spring semester.

Wigzell has been a key figure in the aquatics program for two years. She’s been captain for both the swimming team and the water polo team.

Student Worker of the Year was awarded Chris Born for his work with fellow students and positivity throughout.

The Louise Lowry Davis Inspirational Leadership Award was awarded to Lea Bueker from the women’s beach volleyball team for her inspirational leadership and sportsmanship.

Though the ceremony was not held in the Sports Pavilion like it usually is, the Athletic Department adapted to changing times in order to honor this year’s best.