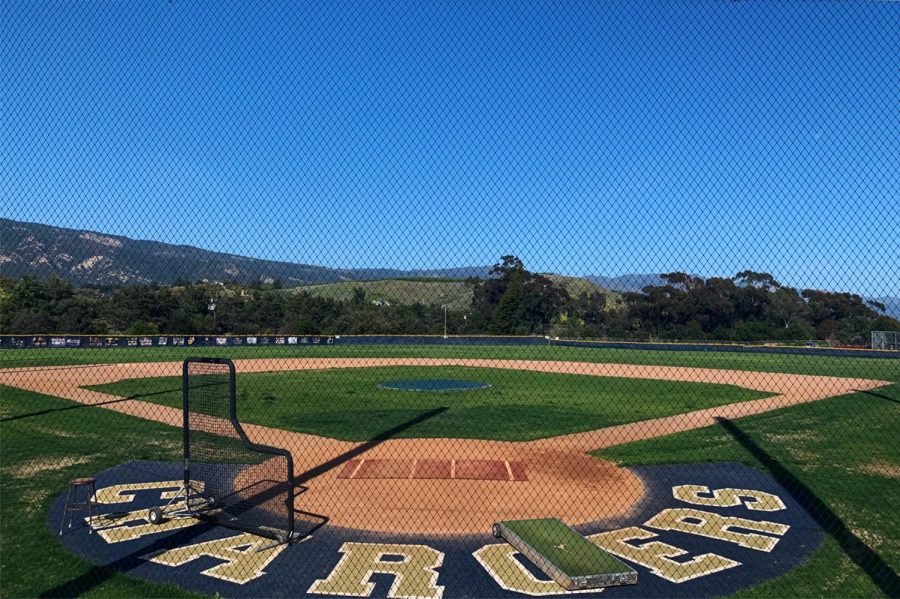 Dos Pueblos High's Scott O'Leary Field in Goleta, Calif. is void of any real games through the rest of the season due the coronavirus pandemic. The field stands behind extended netting which will likely see no action as CIF cancels all spring sporting events on Apr. 3.

The California Interscholastic Federation has canceled the seasons of all high school teams, the league announced Friday. The decision comes after all athletic events were suspended during the week of March 17.

Everyone has their latest sports-related conspiracies, like what are high school athletes supposed to do with their canceled seasons, and where do they go from here?

While America’s pastime is led by Robert Manfred, whose players are creating their own Wiffle ball games, Channel League has its own crazy idea of what the next few months of local sports could look like.

The CIF suspension sent Santa Barbara baseball, softball, boy’s tennis, track & field, men’s golf, men’s volleyball and lacrosse teams into a state of flux while players were forced to wait for a decision from CIF.

“I expect the season to be completely dead,” said pitcher Conner Gleissner of Dos Pueblos.

Questions high school players are facing include whether they can fail school in order to play ball for a fifth year. It’s an unlikely proposition, but Santa Barbara High Athletic Director Joe Chenoweth is on board.
“I think it could help or hurt players, “ says Chenoweth, knowing some students just want to go off to college, while others might want a full senior year experience.

Chenoweth has also heard murmurings of Channel League tournaments to send off high school athletes, although CIF will have the final say in whether these are possible. Chenoweth mentioned that Dos Pueblos, San Marcos, Santa Ynez and SBHS are schools that are interested.

When asked about the worst part of his canceled season, Gleissner said, “Not having more games with the brothers, not being able to have more time with them, it’s all been taken away by [COVID-19],” said Gleissner. “Even not having a senior night. We don’t know who our MVP is.”

Dual-sport Dos Pueblos athlete Kris Alvarado, who has committed to the division II Delta State University as a wide receiver, added that the players who are serious about a career would have a better experience as a fifth-year high school student than at a community college like City College.

Imagine that fifth-year seniors in Santa Barbara county all decide to go to the same high school and form a super-team of their respective sport.

Is it outlandish? Yes.

Is it possible? In these times, anything is.