City College’s Ashley Farias the ‘face of the athletic department’ 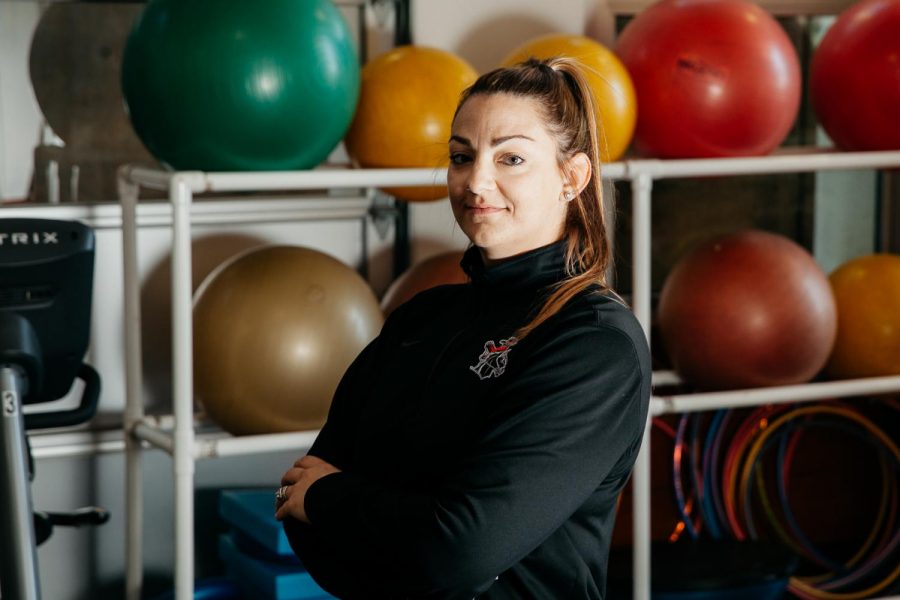 Ashley Farias has worked for the Athletic Department at City College in several different capacities since 2003 and currently serves as an Administrative Assistant. “Basically, I’m here to make everyone else's job run smoothly,” Farias said Wednesday, Jan. 29, in the Life Fitness Center at City College in Santa Barbara, Calif.

In the nearly 17 years since she started working at City College, Administrative Assistant Ashley Farias has developed a reputation for doing whatever it takes to help those around her succeed.

“She has been the best thing that’s happened to [the athletic department] in a long time,” said PE Department Chair Kathy O’Connor.

After starting at City College as a basketball coach, Farias cycled through many jobs before settling in as an administrative assistant, where she has been for three years. Some of her responsibilities include securing transportation for City College teams, dealing with meal money, making reservations for overnight travel, getting cash boxes ready on game days, organizing sports calendars, helping with evaluations, hiring student workers and helping coach women’s basketball when she can find the time.

“I can help you with everything because I’ve done all the jobs,” Farias said.

“When you ask Ashley to do something she has a million and one things to do, and she will look at you and say, ‘Yes, I’ll get it done,’” said women’s basketball head coach Sandrine Krul. “She is gonna reshuffle whatever she has to do to make you a priority.”

Krul has known Farias since Farias was a basketball player at Moorpark College, where Krul coached at the time.

She recruited Farias as an assistant coach when Krul was hired at City College.

“She understands service,” Krul said. “And she was like that as an athlete. She was a starter for us, a captain. High integrity service, that’s what she brings to our department.”

Farias also made the connection to her days playing and coaching basketball, saying that she never feels taken for granted because she has an athlete’s mentality.

“I find it really fulfilling to be part of the whole process,” Farias said. “I look at it like I’m part of a team.”

Athletic Director Rocco Constantino sees Farias as the “face of the athletic department” and said she helps make his job easier.

He also said that she takes over many of his responsibilities when he’s out of the office.

“She saves my ass,” he said while laughing.

When asked to describe her job, Farias keeps it simpler than her long list of duties.

“Whoever needs help, I’m their assistant,” she said.

Farias credits her desire to give back to the fact that she went to a community college before working her way up to a master’s degree in physical education.

“Had it not been for the support I received early on from my coaches and teachers, I don’t think I would have had the deep desire to pay that forward and help others,” she said.

When she graduated from college she planned to work as a high school teacher, but she said that once she started working with college students she realized this was where she wanted to be.

“She is an outstanding person in our department,” O’Connor said. “We really love her.”