Vaqueros set personal records in On Your Marks meet at Westmont 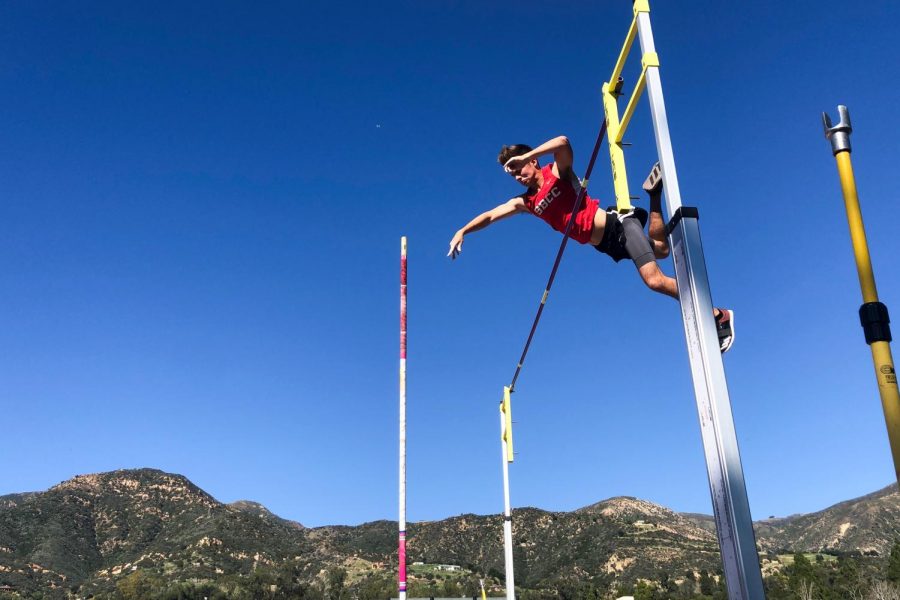 City College track and field athletes set personal records at the On Your Marks Track & Field meet hosted by Westmont College on Saturday.

The sun beat down as the temperature in the hills of Montecito reached 77 degrees Fahrenheit.

“Usually this first meet is just getting out all the butterflies and getting into the season,” said Head Coach Scott Santella.

Westmont Maroon uniforms flooded the On Your Marks meet where City College competed with athletes representing 11 schools and three clubs ranging from Costa Mesa to Atherton to Italy, as well as athletes unattached to any school or club.

Returning sprinter Dakota Amble ran a personal record with a 60m time of 7.47 seconds. The 60m is a secondary event of Amble’s, whose goal this season is to sprint the 100m in under 11 seconds.

The 60m is an indoor event, but because the city of Santa Barbara lacks an indoor track, Westmont was permitted to hold indoor events. The Vaqueros only plan to attend one more meet with indoor events this season.

John Esteban Carlos set a personal record in the shot put when he spun and gave a loud grunt, propelling his shot 13.26m (43’6”).

“I think [grunting] gives me a couple more centimeters,” said Carlos, who placed fourth out of 11 shot-putters.

Santella highlighted two players who he expects great things from this season.

“Solomon [Nahooikaika-Anderson] and Cassandra [Schwenk]… they both came in hardworking and are going to be good for us this year,” he said.

Nahooikaika-Anderson, part of a meager men’s group of eight running the 400m, ran the race in 52.14 seconds. He ran alongside fellow Vaquero Mark Hernandez, who sprinted a 55.7 in what was the first meet of both sprinters’ college careers.

Freshman Cassandra Schwenk ran in the second heat of the girl’s 200m and placed fourth overall with a time of 28.28 seconds. Four events and about a half-hour earlier, she ran the 600m, an indoor event, in 1 minute, 46.15 seconds. She felt satisfied with her 600m time and enjoyed the company of her “super nice and friendly” competing female athletes.

Freshman Pole Vaulter Brett Craft cleared a height of 4.4 meters running six lefts, meaning his left foot hit the ground six times, and it was his highest jump when applying that method.

Luigi Colella, working to qualify for the 2020 Olympics, pole-vaulted on behalf of Fiamme Gialle, the sports section of the Italian police force. The former Thousand Oaks High School vaulter set the Westmont stadium pole vault record on March 23, 2019, with a height of 5.21 meters and took the gold Saturday with an impressive 5.05-meter vault.

“In two weeks we have our [Western State Conference] relays, our first conference meet,” Santella said. “We’ll have our whole team together, it’s gonna be a good one.”