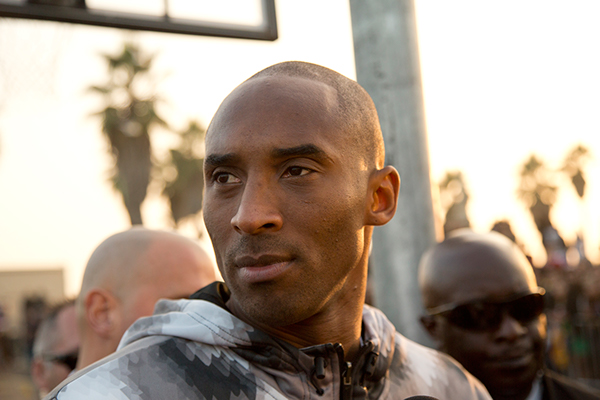 Kobe Bryant, Los Angeles Lakers legend and five-time NBA Champion, died in a helicopter crash along with his 13-year old daughter Gianna on Sunday morning in Calabasas. He was 41 years old.

Bryant spent his entire 20-year career in Los Angeles and was an 18-time All-Star, 11-time first-team All-NBA, and the 2008 NBA MVP. After being drafted straight out of high school in 1996 he dominated the league for the next two decades, and his play served as inspiration for the new generation of stars like LeBron James, Anthony Davis and Chris Paul.

On Saturday, James passed Bryant for third place on the NBA’s All-Time Scoring list. Bryant showed his support of James via twitter.

In 2015, when Bryant announced his retirement from the sport, he wrote a poem for The Players Tribune titled “Dear Basketball.” It was then turned into an animated short film that went on to win an Oscar at the 2018 Academy Awards.

Bryant and his wife started The Kobe and Vanessa Bryant Family Foundation to support disadvantaged youths both domestically and internationally. Bryant had also been involved with charitable organizations including the Make-A-Wish Foundation, The Boys and Girls Clubs of America and After-School All-Stars.

“The Mamba Mentality,” taken from his nickname “Black Mamba” that he earned with his aggressive style of play and killer instinct on the court, is a mindset embodied by Bryant and many who looked up to him. The essence of this mentality is perseverance, self-confidence and finding the inner strength to work as hard as possible to attain your goals.

News of Bryant’s death shook the world Sunday morning, with tributes pouring in from athletes across the globe.

Bryant is one of nine dead in the helicopter crash, according to the Los Angeles County Sheriff’s Office.