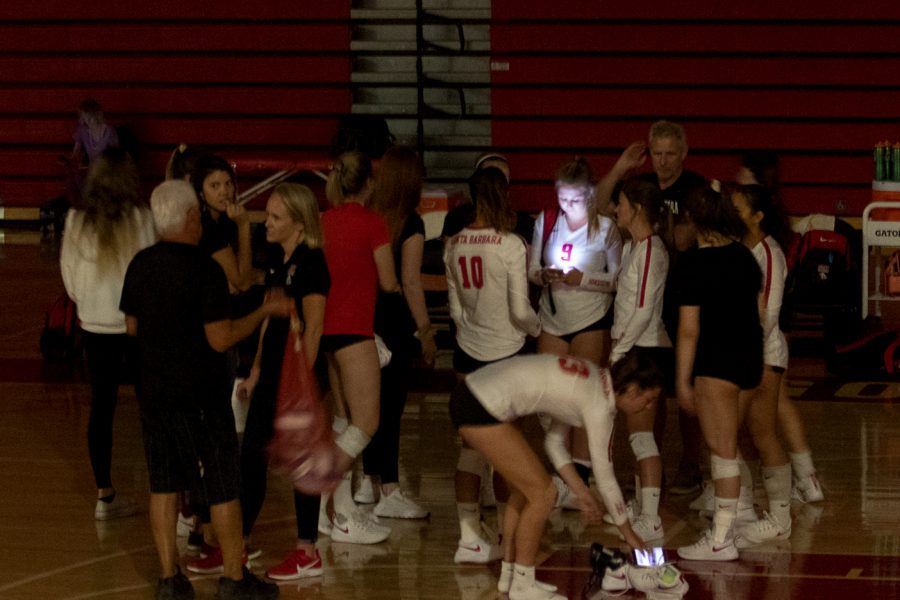 Vaquero volleyball players huddle around and wait for information about the power outage on Friday, Sept. 20, 2019, in theSports Pavilion at City College in Santa Barbara, Calif. The game was eventually canceled.

The City College women’s volleyball team was getting ready for a big game against Santa Monica College on Friday night when the power went out in Sports Pavilion for the second time this season.

“It was the Edison power company. Their main line is coming into our campus,” said Athletic Director Rocco Constantino. “The outage affected the entire east side of the campus.”

The power outage wasn’t going to be an easy fix and eventually it was decided that the game would be postponed.

“We were trying to see if we can get it fixed. This team is all the way out from Santa Monica, we really hate to send them back without a match,” said Head Coach Kat Niksto.

Each team looked at its respective schedules to see when they can play again.

After playing in the Mt. SAC Invitational next weekend, the squad returns home at 6 p.m. on October 2 for a match against Cal Lutheran JV.