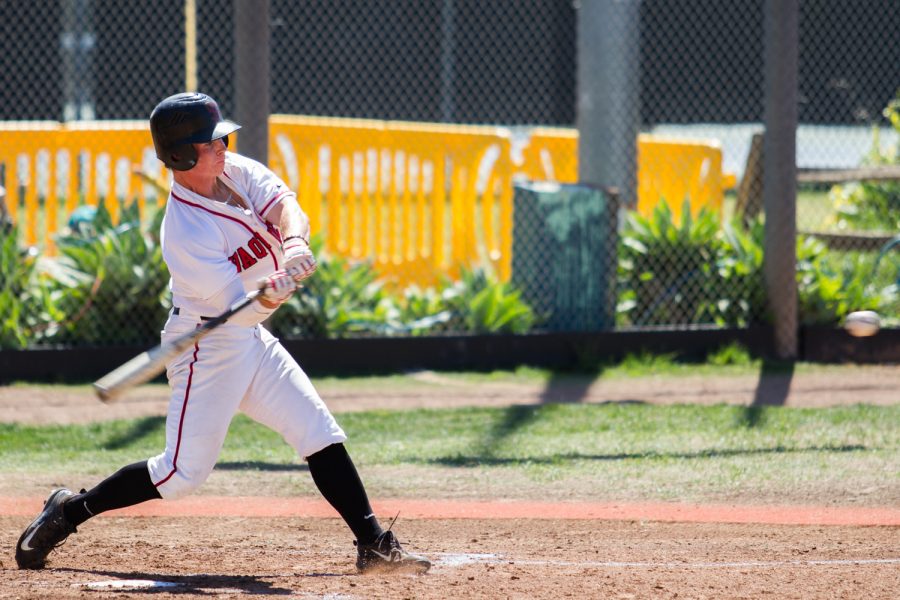 The game also featured a dominant performance from LA Pierce third baseman Johnathan Lavallees, who had four hits in four at-bats. He was credited with nine runs batted in and a whopping three home-runs.

Starting pitcher Joe Kinsky was credited with the loss after allowing three earned runs before getting pulled early in the fourth inning.

The first controversial call came in the top of the fourth inning with the game tied 3-3.

LA Pierce second baseman Cole Bowers was rounding the bases toward home plate after his teammate hit a single, and the ball reached Vaqueros catcher Benjamin Martz just as Bowers reached home. It initially appeared that the throw made it in time for Martz to get the tag, but the ball came loose from his glove during the play.

The umpire, who had initially ruled that Bowers was out, changed his call to safe.

They believed that Martz lost the ball after the tag while he was transfering the ball from his glove to his other hand, which would have been ruled an out.

The second controversial call had an even greater impact on the game.

Lavallees came to the plate in the top of the sixth inning with LA Pierce ahead 5-4 and the bases loaded. He made hard contact with a pitch and sent the ball deep into right center field, over the head of Vaqueros outfielder Nicholas Trifiletti.

The umpire signaled a grand-slam homerun, but was met by yelling from City College players who said the ball had landed in the field of play and then bounced over the fence.

“The ball bounced,” Trifiletti said after the game. “It was not a grand slam.”

If the ball did indeed bounce, the play should have been ruled a ground-rule double and scored two runs for LA Pierce instead of four. However, the official did not change his call and the score became 9-4.

Walker said that although he was disappointed by his team’s loss, the umpires were not to blame.

“The officiating had nothing to do with it,” he said. “We lost because we couldn’t play catch, we didn’t throw enough strikes, we lacked situational hitting and we came out flat.”

Trifiletti said that the City College team is dealing with injuries and fatigue this time of year, and as a result would not “take it to heart.”

“We have a game tomorrow and we will win it,” he said. “We have two big games next week, and we’ll win those.”

The loss dropped the team’s record to 20-13 on the season.

The Vaqueros play their next game at home on Thursday against Pasadena City at 2:30 p.m.

The full schedule can be found here.