SBCC baseball player returns to the field with newfound passion 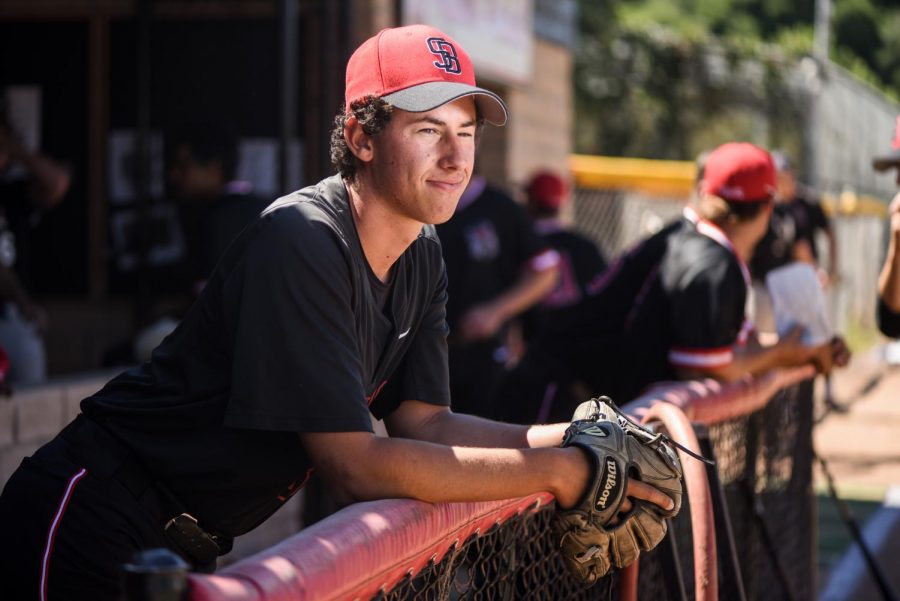 City College baseball player Ian Churchill went to the cold and brought back the heat to help the Vaqueros in the chase for the playoffs.

The sophomore southpaw from Goleta has proven to his team and coaches that he has what they need to make a push for the playoffs. Standing at 6’1, Churchill has thrown 48.1 innings with a 6-1 record and a 0.65 ERA this season.  He has faced 173 batters and has walked 14. He has struck out 64 batters in his ten appearances this season.

He joined the team last season when he made the decision to attend City College after denying many offers from other schools.

“Nothing was as pleasing as SBCC,” he said about his choice to attend. He also gave credit to the Promise Program that City College has for local high school graduates ensuring two years of free tuition and books.

“The ability that I could play with some of my best friends also helped my choice,” Churchill said about his choice to stay local.

Things weren’t always so good for him. He remembers being a freshman at City College and thinking how even though he grew up here, it still felt like a new environment for him.

His first year was pretty rough, he added.  He went Alaska to improve on his baseball skills and reset his concentration.

“I got told to get better and I did. It was all pretty exciting, I was just focused on baseball while I was there,” he said. “Being in Santa Barbara it’s fair to say there’s a lot of distractions here.”

Head Coach Jeff Walker said Churchill’s time in Alaska helped him gain a lot of experience and he returned bigger, stronger and more mature to the team.

“I focused on being a better student and a better athlete, worrying about everything else later,” Churchill said about his time in Alaska.

“There’s never been a question of his ability, it’s just about putting it all together and he’s done that this year,” Walker said.

“A great thing for him was that he went away this summer. He grew up a little,” Walker said. “It gave him a big sense of confidence.”

That confidence has helped the team get into playoff contention.

“We like our chances every time he has the ball,” Walker said.

With the team going on an 14-11 record and 7-7 in conference play, talk of the playoffs began day one at practice.

“We start talking about playoffs day one, the attitude we have is that we are gonna be there,” Churchill said. “Coach Walker runs a great program, he’s taken the team every year he’s been here.”

City College baseball has gone to the playoffs in seven consecutive seasons under Coach Walker and placed first three of those times.

“It’s kind of a standard expectation of our program,” said Coach Walker about the playoffs. “The standard has been set by previous teams and we’ve gone eight years in a row.”

Before Churchill had thought of joining the Vaqueros, he thought about quitting when he was eight years old. But with the encouragement from his dad, he kept on going. He also didn’t really enjoy watching the sport until his junior year of high school.

The thought of getting drafted by a Major League team to him would be “pretty cool, whoever wants to give me a shot.”

With the big leagues in mind he said he wouldn’t mind to “stay in the game as long as he can” with the possibility of becoming a coach down the road.