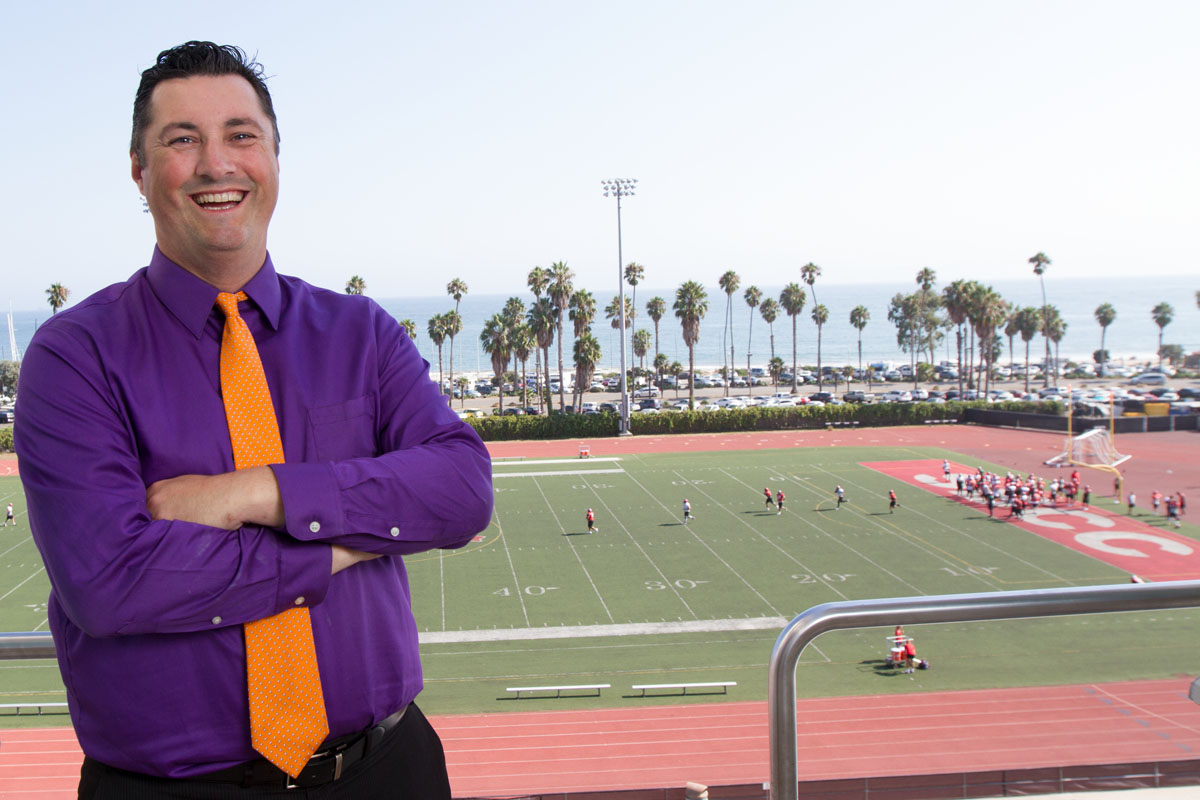 City College’s newly appointed athletic director Rocco Constantino is thrilled to start a new chapter in his life after moving across the country to a new environment.

Constantino was ecstatic to get the job and is looking forward to his new role as he begins his third year as an athletic director. Before his move to Santa Barbara, he was the athletic director at New Providence high school in New Jersey.

“The way I see the job is to serve the student-athletes, I want to make sure they are doing well in classes,” said Constantino. “Anything they need I want to be here for them and support them, and same goes for the coaches.”

Constantino is replacing current associate athletic director Ellen O’Connor, who was an interim AD for the last year. He knows his new job won’t be easy, but invites the challenges that come with the position.

“We have over 400 student athletes here so there’s a lot of things that can go wrong,” said Constantino. “If I see that a student is ineligible or is getting bad grades then that can be tough to deal with. But that’s part of the job and it’s what I signed up for so I am prepared for the difficulties of the job.”

“If you’re a coach and you do something wrong it can often get brushed aside but if you mess up as an AD it’s pretty visible,” he said. “It is really a challenging job. It’s time consuming. But it is really rewarding when you see kids do well.”

The high standard of City College was one of the many attractive features to Constantino, who values academics over all else.

“Historically at this school student-athletes have had a higher GPA, higher retention rate, and higher graduation rate than the general student population,” said Constantino. “I want to see if we can increase that gap even more throughout the years to come.”

Constantino was born and raised in New Jersey. He spent his whole life there until the move to Santa Barbara over the summer.

“I was born about 5 miles outside of New York City in Northern New Jersey and was there my whole life until two years ago, when I moved to the Jersey Shore, which was about an hour away,” said Constantino

Constantino grew up playing baseball and soccer, and quickly developed a passion for sports. He coached high school and college sports for over 20 years before working his way up to athletic director.

At age 32 Constantino became the assistant athletic director at Bloomfield College in New Jersey and stayed there for nine years.

Along with his passion for sports and the students, Constantino also makes time for his other passions.

“I like writing. I like journalism a lot. I do that to relax and unwind to get my mind off things,” said Constantino. “I like to fish and golf too but I stink at both.”

As he sat in his office overlooking the ocean, Constantino explained what makes the job so enjoyable.

“The most enjoyable part of the job is all the success stories. If we can get a kid to come here, do well in the classroom, and graduate, that’s awesome,” he said. “That’s really rewarding. You really take pride in the success of the teams, players, and coaches. To me, this job was a no-brainer.”