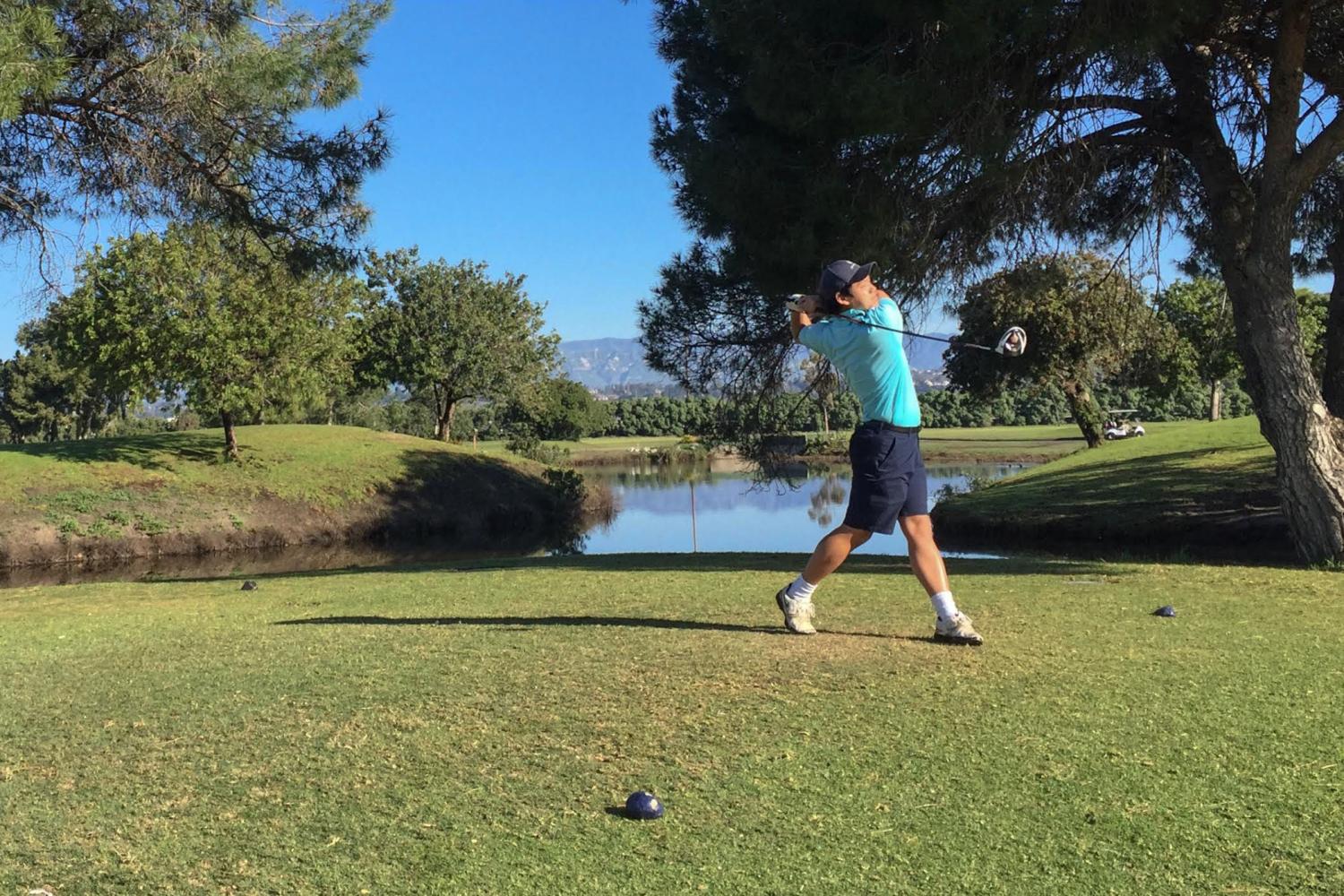 Sophomore Michael Nam found a passion for golf when he first stepped foot on the green as an 8 year old, but the time has come for him to focus on other long-term goals.

Nam has performed well in tournaments this season and had the lowest score at Oakmont Country Club earlier this year. He scored a 79, which was a season high at the time.

He scored a 77 the following week in a tournament at Spring Valley Country Club in Victorville.

“One thing I really like about him is before tournaments, he mentally prepares well and is always ready to go,” said City College golf coach Chuck Melendez

Nam has learned a lot from coach Melendez in his time at City College.

“As long as we are trying our hardest and giving it our all, we still succeed,” Nam said on what coach Melendez has taught him. “This is shown in both my studies and athletics.”

Nam has enjoyed his two years of playing golf for City College. He played with great overall golfers and formed long term friendships.

“In both my freshman and sophomore year, I played with people who demonstrated great talent on a golf course.”

He said he admires professional golfer Louis Oosthuizen for his calm and confident demeanor.

Besides Oosthuizen, Nam’s biggest role models are both of his sisters.

“They have qualities that make me want to strive to be more like them,” said Nam.

Nam did not get off to the best start in his sophomore season. He didn’t break 80 in a tournament until April.

“He started out pretty slow,” said Melendez. “But lately he has been starting to play a lot better.”

Nam certainly saved his best golf for the end of the season and the Vaqueros have taken third place in its past two tournaments.

“After playing for so many years, I feel it’s time for me to focus more on school and close that chapter in my life,” Nam said.

Nam grew up in Goleta, California and attended Dos Pueblos High School. He played varsity golf all four years at Dos Pueblos and won most valuable player as a freshman.

His team tied for first place in the Channel League his junior year and he was awarded team captain as a senior.

Nam chose to attend City College because both of his sisters attended the school and it would be more affordable than going straight to a four-year university.

He is a kinesiology major with an emphasis on athletic training and hopes to pursue a career in physical therapy.

“When I was younger I wanted to pursue a profession where I helped people,” Nam said. “I was introduced to physical therapy and was told by a physical therapist how rewarding the career is.”

Nam hopes to transfer to Cal State Fullerton and get involved in the university’s athletic training program.

City College has a 45-18 record and currently sits at third place in the Western State Conference standings.

The Western State Conference golf finals will be at 7 a.m. May 1, at the Cypress Ridge Golf Course in Arroyo Grande. Nam and the rest of the City College golf team will compete.