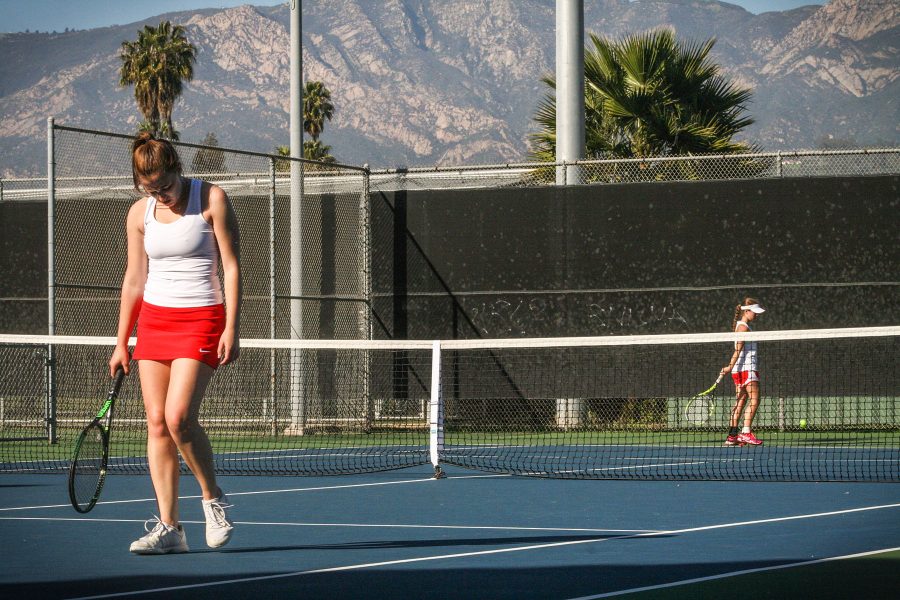 The City College women’s tennis team was unable to find their rhythm against the Bakersfield College Renegades this Tuesday at Pershing Park, losing 7-2 in their first conference home match.

This is the Vaquero’s first defeat after starting the season off with two road wins; topping Riverside 5-4 and rolling past Ventura College 7-2. With this loss the Vaqueros now sit at 1-1 in conference play, and 2-1 overall.

“It was our first home conference match so I think there were some jitters,” said sophomore player Tyler Bunderson. “We just needed to play more aggressively.”

The Vaqueros fell behind the undefeated Renegades early. Bakersfield was looking to improve to 8-0 on the season. Sophomore Lesly Zapata De Lira scored the only singles point for the Vaqueros with a win over Brittany Aguilar (6-4, 6-1). Bakersfield’s play in the forecourt and solid return game would help them pull ahead to a 5-1 lead in singles, sealing the match before entering doubles.

Bakersfield again came out on top in doubles winning 2-1. Berther and sophomore Julianna Adelman scored the Vaquero’s only doubles point, winning their match 8-1.

“Our team played aggressively, went for shots, and that’s what I want see,” said Vaquero’s assistant coach Christina Klein after the match. “We just need to get more consistent and work on finishing.”

“Bakersfield was great competition and we will definitely learn from today,” said Bunderson.