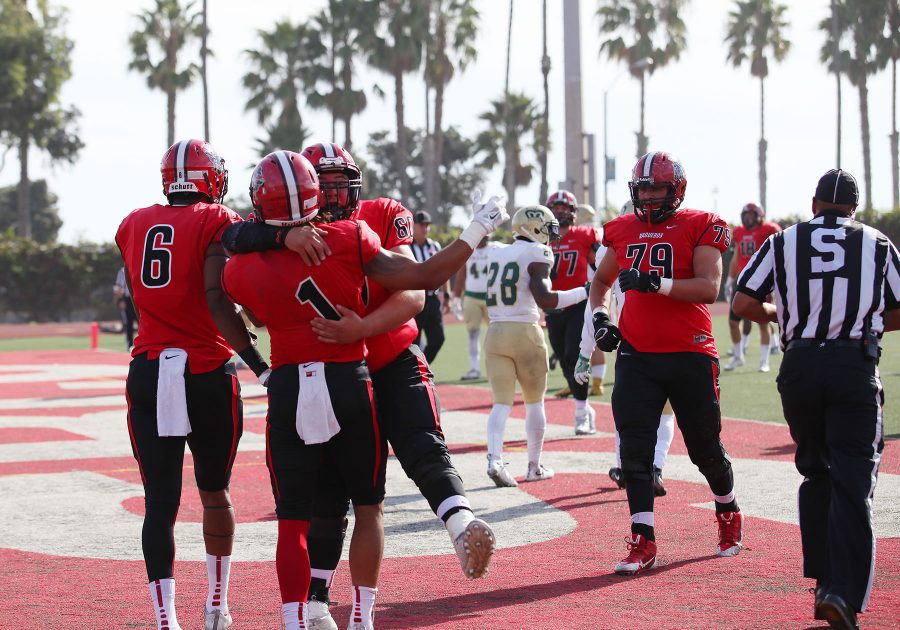 Sophomore Elijah Cunningham (No.1) celebrates with his teammates after a touchdown in the second quarter against LA Valley on Nov. 12, at City College's La Playa Stadium. The Vaqueros lost the game 47-35.

The teams were set to play in the WSC Bowl in 1997, but the game was cancelled because of a flooded field.

In the past 20 years City College has only received two invitations to play in bowl games, both which happened within the last three years. City College lost to Cerritos College in 2014 at the Golden State Bowl.

The Vaqueros 15th bowl game appearance will be against the Raiders, who lead the series between the two 25-17-2.

City College looks to bounce back from its loss against LA Valley, and win their first bowl game in over 30 years.

The Beach Bowl will kickoff at 1 p.m. Saturday, Nov. 19, at La Playa Stadium and will be the final game of the season.