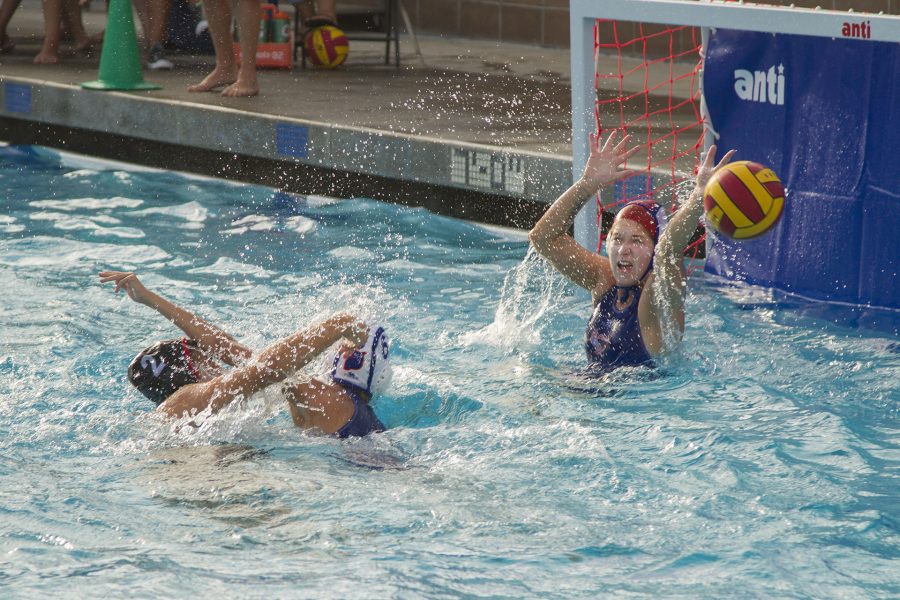 Topping off a five game winning streak, the City College’s water polo team hustled their way to an 11-4 victory against Citrus College in their first home game Wednesday at San Marcos High School.

“This was the first pretty competitive game,” said freshman center Ivana Bilaver. “It was frustrating for a lot of us, but we made it through as a team.”

Sophomore Vaquero attacker, Halie Johnson, wasted no time making her way to the opposing net, but was quickly shut out by Owls goalkeeper Delaney Moller.

Johnson scored the first point later into the first quarter, and went on to be a vital force for City College’s offense the remainder of the game.

The second quarter started off promising, with City College’s Johnson scoring less than one minute into the second quarter. Richards was on a roll, and blocked a direct shot by Citrus setter Lindsay Powell.

“The other team was pretty disciplined, which made their defense really strong,” Bilaver said.

Bilaver, Johnson, and Carr proved to be key players during the first half, persevering into the long, ejection-filled second second half.

“We were down in the ejection count by 10,” said Chuckie Roth, head water polo coach. “Every time that happens the other team gets an extra 35 seconds on the shot clock.”

The fourth quarter was filled with aggressive defense from both teams and shots made just after the shot clock.

While City College took home the win, Roth admitted to some bumps in the road.

“We had a hard time finishing,” Roth said. “There’s definitely some stuff to work on. It wasn’t perfect.”