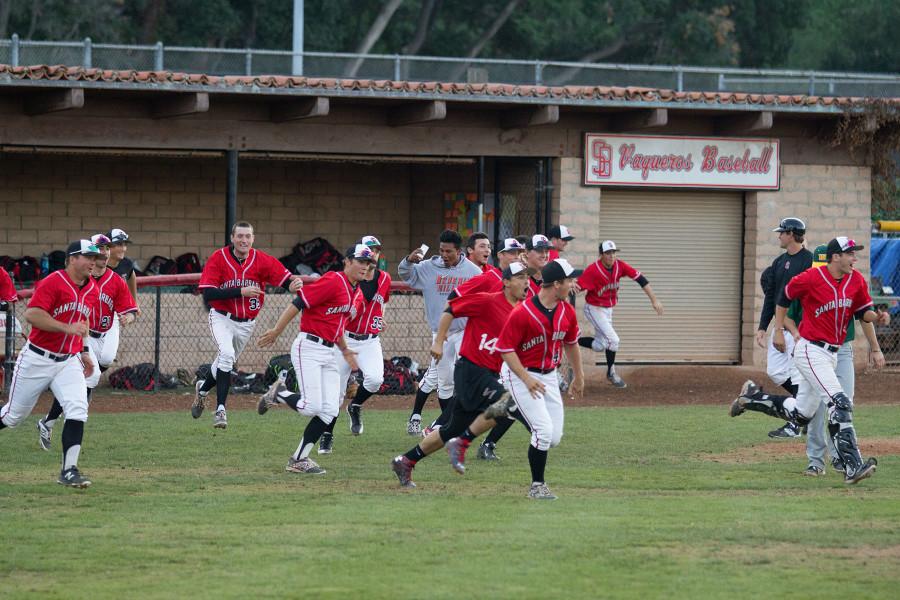 City College Vaquero’s baseball team kicks off their season by winning all three games in a two-day series versus Napa Valley College, Saturday, Jan. 31, at Pershing Park in Santa Barbara. Next up, the Vaqueros face-off at home against Glendale’s own Vaqueros at 2 p.m. Thursday, Feb. 5.

City College men’s baseball team enters 2015 poised to improve upon a 2014 season in which the squad notched the second most wins in school history (27-15).

The Vaqueros made a deep state playoff run last year, winning its first two series easily before being narrowly defeated by Oxnard to land the team a fifth place finish in the state. This year City College is ranked as the No. 4 team in Southern California, just one spot behind the defending Western State Conference champion Oxnard.

Last season’s success has given high expectations for this season, and fourth-year coach Jeff Walker wants to make sure the team does not let those expectations affect his team’s focus.

“We’re a very talented group, but talent only takes you so far,” Walker said. “So it’s important for us to just win the next pitch, and not get ahead of ourselves.”

The team has a lot of returning starters and perhaps an even deeper bullpen than it did in 2014. All-American sophomore pitcher Kit Larsen(No.18) will be the team’s closer, with sophomore right-hander Sean Barry(No.12) and left-handed freshman Lucas Jacobsen(No.39) expected to play large roles for the bullpen as well. All three pitchers are committed to NCAA Division I schools for baseball and headline one of the best pitching staffs City College has ever fielded.

The batting lineup looks to be lead by returning sophomores Spencer Erdman(No.5), Connor McManigal(No.24), Brandon Evans (No.13), and Matt Henderson(No.6).

The blend of a strong returning core and an improved pitching staff makes the 2015 Vaqueros a force to be reckoned with in the WSC.

City College displayed its aggression during a 16-3 thumping of Napa in its season opening exhibition game. The Vaqueros defeated Napa two more times the following day to give the team a strong 3-0 start to the season.