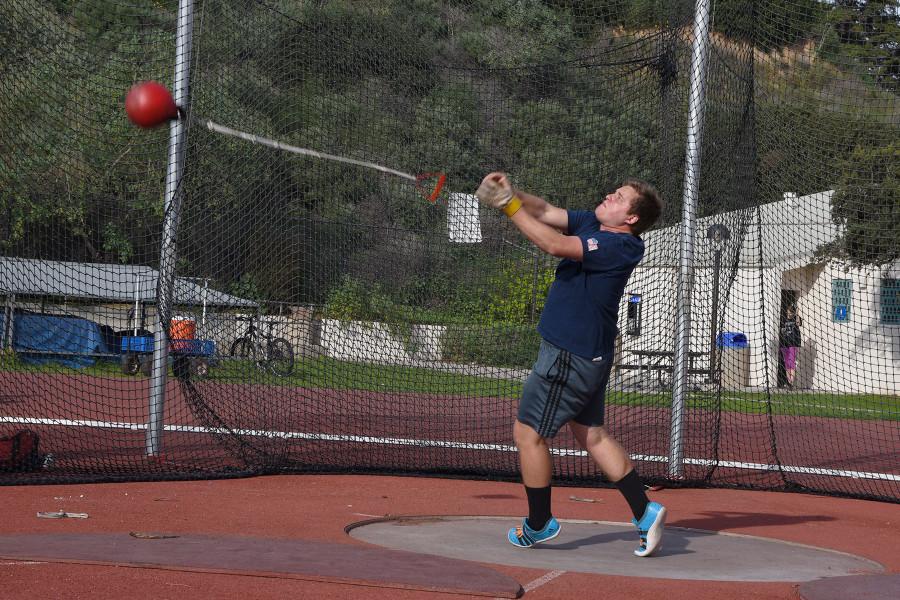 With strong returners and a crop of new talent, City College track and field athletes strive to break school records this season.

Track and field athletes would like to see five Vaqueros qualify for State Championships and plan on sending 15-20 athletes to Southern Cal Championships. Team goals include staying positive and competitive, and breaking four school records among the athletes.

Returning state qualifiers Alex Heuchert and Bas Van Leersum look ahead to the May race with even higher goals. Heuchert hopes to beat the school record of 3:51 in the 1500m by the state race after finishing fifth in the 1500m last year. Van Leersum placed seventh in the 400 hurdles.

Athletes also favored to compete at the State race this year include Phillip Skopnik and the women’s 4×4 squad.

Track and field athletes have been training for the past four weeks Monday through Saturday. They focus on aerobic, speed, and strength based training. The distance runners feel they have a strong base after both the men’s and women’s teams qualified for State last season.

Women’s long distance team captain, Dean Roell aims for personal and team records during her last semester of running. She feels like the 2015 team is all around the best team or “family” she has trained with.

“I would like for this year’s team to set the ground for future teams,” Roell said. “So that SBCC consistently has an outstanding and competitive track and field program.”

The Vaqueros will be traveling to San Luis Obispo to compete in their first race of the year. SLO Town Classic will be held on Friday morning, February 6th.