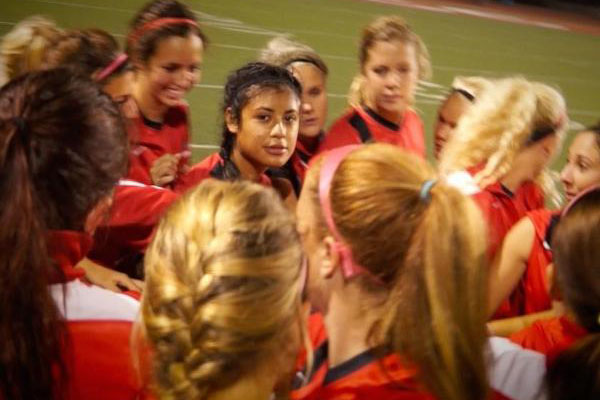 Grimaldo played a key role in the match that clinched the conference title for City College. Her three goals earned a 3-0 victory in City College’s final conference game of the year, bringing her season total to nine. She also has seven assists.

“Sandy is a tremendous player who has really stepped up,” said Sisterson. “She creates so many scoring opportunities.”

Sisterson, head coach for both the men and women’s soccer teams at City College led the women’s team to a 14-3-4 overall record in 2014. His team won the conference and earned the 4th seed in the 2014 California Community Colleges Athletic Association SoCal Regional Playoffs.

Coming to the states in 1997, Sisterson headed the women’s deaf Olympic Soccer team prior to City College. The team won gold in Melbourne in 2005 and again in 2009 while competing in Thailand.

The experience has carried over nicely. Sisterson was named the conference coach of the year for the men as well as the women’s team in 2011. In eight years with the women, Sisterson is 128-44-37.

“The girls have done very well, and I always felt we were the best team in the conference,” Sisterson said. “I’m proud of our team, I’m proud of our coaches, and we’ve had a great season.”