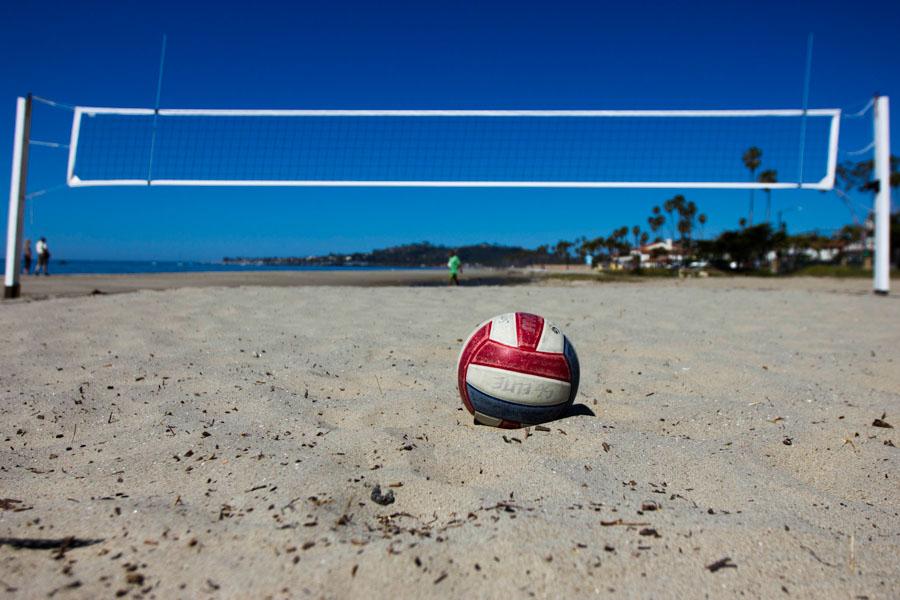 A new women's beach volleyball team has been added to the City Colleges intercolligiate sports list in Santa Barbara. This sport will being at the beginning of the spring semester 2015.

City College women’s volleyball program added some sun to their serves when the school added sand volleyball to the list of club sports.

From January to April, waves won’t be the only thing setting on East Beach; the volleyball landmark where you can hear echoes of the Santa Barbara Zoo and see Olympic athletes training from time to time.

The real beauty isn’t in the sunsets and the crashing waves- it’s in the opportunity the sport can provide athletes playing it.

Athletic Director Ryan Byrne acknowledges the positive attributions this fast growing sport has on City College and is excited about the doors it will open City College athletes.

Beach or “sand” volleyball has started to gain momentum up and down the west coast. The NCAA introduced the sport to Division I schools three years ago and since then it has spread as far south as the University of Arizona (Tucson) and north as the University of Washington (Seattle) who played their inaugural match earlier this month.

According to ESPN.com, three-time Olympic gold medalist Kerry Walsh thinks the addition will create a bigger attraction to the sport.

“The opportunity to play sand volleyball in the spring will spur growth in the sport. I wish I had that opportunity when I was at Stanford!” said Walsh. “This development will give more women an opportunity for a professional volleyball career in the United States.”

Not only will this create opportunity in the United States, but right here at City College as well. With the addition of the new sport, the female athletes can now extend their stay in Santa Barbara, restarting their two years of eligibility to compete therefore keeping them on the radar of Division I schools.

“I only played indoor my whole life, I’m not from a beach town,” said Kearny. “Coming here and knowing that (City College) played beach and indoor, I thought it could be really fun… and it influenced me to move here.”

City College’s appeal to prospective student athletes is second to none. The location of the school has proved to be a landing spot for students all over the world. And it has its perks.

“Certainly good recruiting,” said Byrne. “I don’t know another institution that would be able to recruit as well as we can with sand volleyball.”

As the team prepares for the 2014 indoor and awaits the sand volleyball season, the high tides and high energy will set the scene for the booming sport coming to the place where it belongs —the beach.