Get off your high horse, NCAA, and fork over the money 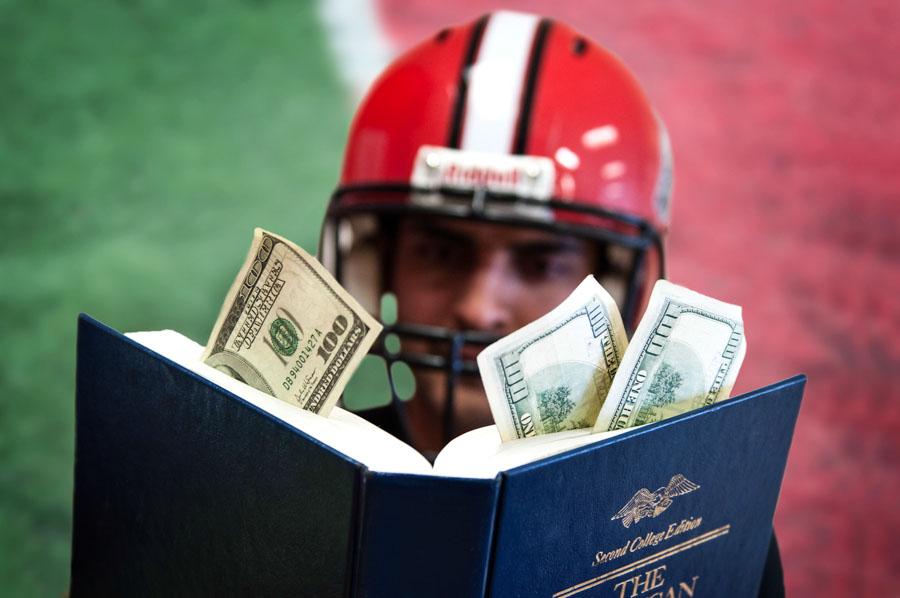 “If you’re good at something, never do it for free.”

Trying to find parallels between the Joker from Batman, who said this quote, and NCAA student athletes may be a farfetched concept.

However, a recent ruling by the National Labor Relations Board allows football players at Northwestern University to form a union, deeming them employees of the university.

Not so fast, naysayers.

The monumental ruling may get the ball rolling for other teams and athletes to try and seek a similar position when it comes to getting paid for being an athlete.

But is this what’s best for college athletes?

Athletes spend anywhere from 20 to 30 hours a week practicing, training and playing their respective sports.  Add on a busy class schedule and not much time is left for anything else.

That’s like working two full-time jobs, coming home at night and, depending on the situation, not being able to order a pizza because you have no money.

Shabazz Napier recently came into the spotlight after his controversial comments regarding his living conditions.  In a post-game interview after the Connecticut Huskies won the NCAA Division I Basketball Championship, he let his feelings be known as to how frustrated he is.

“Sometimes, there’s hungry nights where I’m not able to eat, but I still gotta play up to my capabilities.”

A ruling since the comment has been made to allow Division I athletes unlimited meals and snacks.

Good for you, Shabazz.

For those athletes who come from low-income households and don’t have any means to balance a life outside of the stadium, field or classroom- its no wonder they are selling merchandise and autographs to scrounge up a few extra bucks.

The cash cow that is the NCAA brought in more than $913 million in total revenue in 2013, according to USA Today article. Of that, more than half was distributed to Division I schools and conferences.

The NCAA has enforced multiple suspensions, restrictions and even bans on athletes and programs that are found guilty of receiving improper benefits or selling merchandise for personal benefit.

You sit and watch as the money pours in but yet can tell a football player he can’t sell an autograph to a fan to get a few extra bucks?

You can tell athletes like former Rutgers University football player Eric LeGrand who was paralyzed in a play that they don’t deserve to get paid for risking life and limb, day in and day out?

There have been whispers that with the unionization, athletes may be paid a stipend amount of $2,000.

President of NCAA, Mark Emmert, has referred to pay-for-play as “the death of college athletics.”

The opposition states that if college basketball and football players, which traditionally bring in the most in revenue, are to be compensated, how will athletes on the smaller sports teams be paid?

They also argue that because of the scholarships the players have received, they are essentially being paid to play.

In 2010, CBS Sports and Turner Broadcasting System, Inc. reached a deal with the NCAA that locked the three together until 2024 that is worth more than 10.8 billion dollars.  Yes, billion.  Like… with a “B.”

With that being said, the NCAA can sell jerseys and merchandise that are being made famous because of the athletes that wear them, but paying them is an unreal proposition?

Keep the athletes happy, NCAA.  After all, if not for them, you might be the one on the Top Ramen diet.