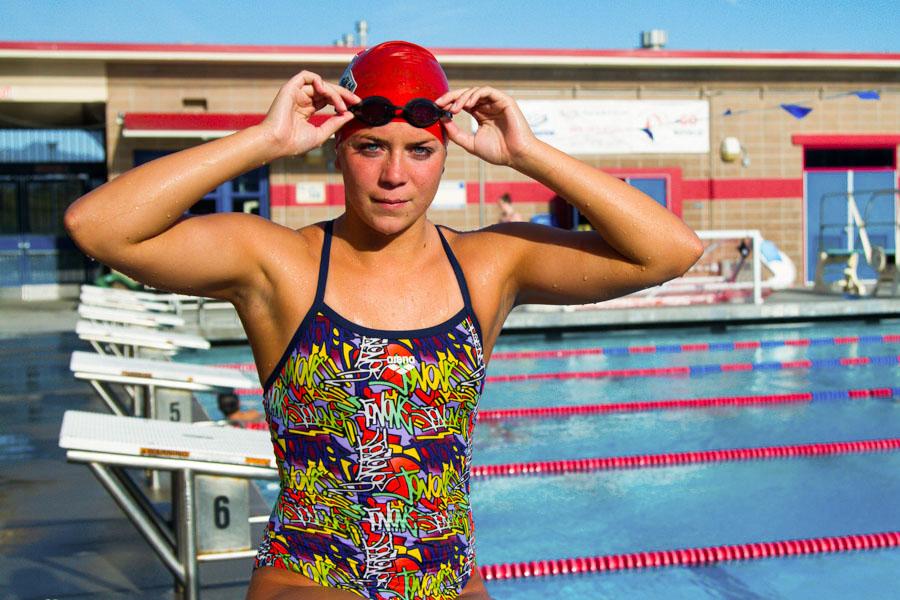 When you win first place at the Dutch Swimming Championship 32 times, second place ceases to exist.

Rachelle Visser, a member of the new City College swim team, is not only an accomplished swimmer at City College, but in Europe as well.

“She works hard and is dedicated,” said Brian “Chuckie” Roth, head swim coach. “She has a natural talent.”

Back home in Amersfoort, Netherlands, she competed at the European Youth Olympic Festival.  At 14-years-old, she was ranked 12th in Europe in her age group.

“It’s like the European games for my age,” Visser said.

She also competed in the Dutch Swimming Championship. Visser said there is not an overall category in this competition; instead, you win by earning the fastest time in each stroke and their different distances.

With this assembly of gold medals, it is likely Visser’s mantra sounds like the comical Ricky Bobby phrase, “If you ain’t first, you’re last.”

Visser was a part of City College history, where the team swam in its first meet. Visser placed second overall out of 63 competitors.

Because of Visser’s past swimming achievements it’s no wonder why Roth wants more for his European trailblazer.

“I think that her performances at the pentathlon meet were good,” Roth said. “But she is capable of much better.”

She proved this capability on Feb. 28, when she won the 100-meter butterfly and 50-meter freestyle. Visser said these two strokes are her favorite to swim.

“She might be the most naturally talented swimmer I have ever coached,” said Roth.

The multi-medaled swimmer was introduced to the pool at the age of four and began to learn to swim her ABC’s.

“You get your A, your B, and your C; it basically just means you can swim and save yourself when you’re in the water,” said Visser. “It didn’t take me a long time to get it.”

A few years went by and Visser stayed intrigued by the pool and became enchanted by the idea of diving. Her parents gave her permission to join the dive team as long as she joined a different team as well.

“My parents said it’s really important to be able to swim good, so they wanted me to also swim as a sport,” said Visser.

Visser, at her parents’ request, took on diving and swimming. The eight-year-old quickly realized which one was right for her.

“After a while, I didn’t like diving anymore,” said Visser. “I really liked swimming so I stopped diving.”

Her transition from diving to swimming was as smooth as her decision to move to the United States.

“I was just completely done with everything there [Netherlands],” Visser said. “It wasn’t that I didn’t like it; I just had enough.”

Visser said she met with an academic counselor and discussed which schools would be a good fit. One of those schools was Santa Barbara City College.

The 19-year-old is undecided on what she would like to major in, but is certain about her swimming aspirations.

Visser said she hopes to be recruited by a swim team in California. Roth implied her work ethic could make that dream into a reality.