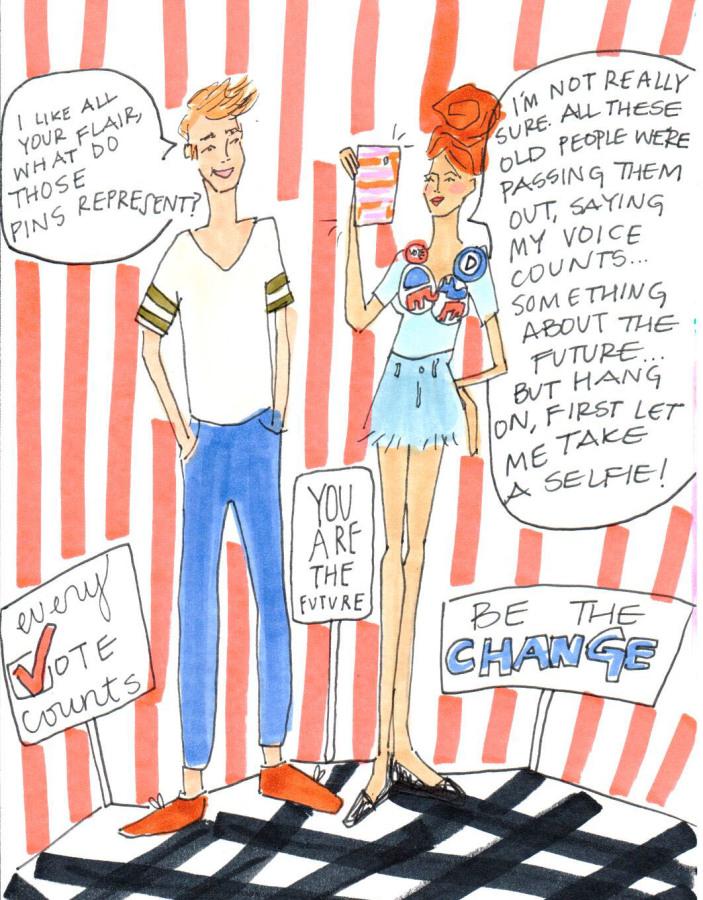 If you weren’t living in a cave for the past month, you probably noticed that the United States just went through midterm elections for 2014. Campaign signs were sprawled across the city as well as City College and UCSB campuses, asking for your vote. But now the polls have closed, the votes were counted and the results are in.

And the outcome is shocking.

Which means, quite frankly, that the political voice for voters under 30 is as quiet as it has ever been. It also means the future leaders of our society are having less and less say over the actual future of our society.

Santa Barbara, meanwhile, sets an excellent example for the rest of the country to follow. With the support of students at both City College as well as UCSB, a 22-year-old former UCSB student was elected to be the youngest member of the Santa Barbara Board of Trustees in history. This strengthens the voice of the younger generation on matters in the community.

But what about in other areas, where there is nobody to give voice to this generation?

Perhaps these issues aren’t important to younger generations, who do not own property or have children in school (or at all). Maybe those in their late teens and twenties feel the political system in place is flawed, and it would take revolutionary action to improve our country.

I am only sure of one thing. If the voters under 30 think there are little consequences for their apathy in midterm elections, they are wrong. These elections shape the world that we are going to live in for the rest of our lives. The world our children will live in.

Even if you do not care much about the ballot, there is no excuse to not take time out of one day in the year to give the millennial generation a voice in America.

The bottom line is, if you find time to religiously water your Farmville crops, you have time to vote. If you can set your fantasy football lineups every week, you have time to vote. Young people will create fifty hashtags for a single Instagram post but will not take fifteen minutes to peruse a ballot. It’s time to stop talking and start doing. A better world is out there, but it won’t come to you unless you take it.

So next Election Day, get out and vote. Because it only takes an hour, and Game of Thrones will be there when you get back.