Corruption: brought to you by non-voters 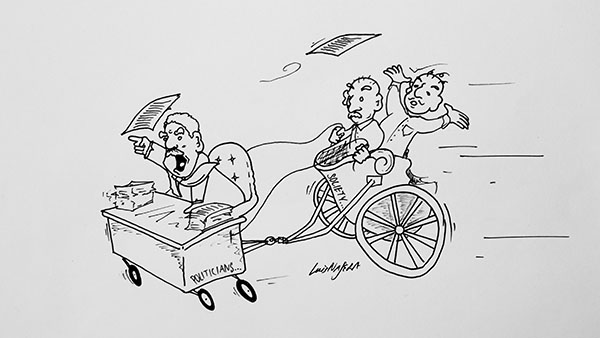 When my comment was fully etched onto the off-white background, I struck the enter key triumphantly. After five minutes, my bait was taken—a comment in response. 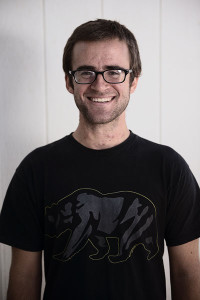 My political Facebook argument on why America sucks had begun.

This argument was sparked after my opponent used the government shutdown to justify bashing our Democracy.

While the shutdown is a great reason to bash our House of Representatives, who deserve it wholeheartedly, our government’s system has no place in that pile.

Our democracy is working more efficiently than ever.

Now don’t be like my opponent and confuse my usage of the word “efficiently” to extend to bills and laws, which are based upon opinions and knowledge of their effects.

I speak purely on behalf of our government’s workflow as listed in the Constitution. That is our great American Democracy.

The government is set up and the gears are turning as they were intended. The problem is the majority of our society wouldn’t know a gear from a doughnut.

Our society’s cultural practices glamorize those who hate the government on principle.

This is partly because the average person will experience migraines when they sit down and try to tackle politics in one night, and that’s normal.

My views on our society are shared by Massachusetts Senator Elizabeth Warren, who gave a speech on Oct. 3 on the Senate floor. Her speech focused on many Americans’ perspective of what the government does and what it is never recognized for.

“When was the last time anyone called for regulators to go easier on companies that put lead in children’s toys?” said Warren. “We know the government doesn’t always work … [But] our response isn’t to give up.”

“Our response, the American response, is to fix it.”

All of the senators, congressmen and women, get paid massive salaries to do their job for a good reason. They read these bills, promote what they think is good for their state and hope violent protestors will let them live with the consequences.

Whether or not they’re qualified for those jobs is up for voters to decide.

That is what I’m doing, and I quickly learned how much believing in and understanding our democracy is key to its survival.

When a society does not believe it can participate in its government based on their misunderstanding of it, it is measured by a term called, “political efficacy.”

This lack of motivation to actively participate is affecting our government every day and is unhealthy in democracies. Not to mention, the belief that when you don’t vote you’re not participating is just flat out wrong.

If you abstain from voting you’re making it easier for the corrupt to get their way. Abstaining is ineffectively participating, but it’s still participating.

When I finally realized how serious this misunderstanding is, I took it upon myself to try to remember political definitions and problems whenever I came across one.

Slowly but surely, I became more informed and more importantly I became curious. Like the boy who hangs around his father’s friends and gets into football, I was hooked on politics.

I would never call myself a guru of political science or be comfortable giving definitive facts on our political landscape—for that I turn to political scientists I’ve met.

But I know that if everyone were to begin questioning our media and political figures, we could clean up our trashed politics.

“The boogieman government, is like the boogieman under the bed,” said Warren near the end of her speech. “It’s not real.”

So get involved. Argue with someone who you know you will lose to, and help out your fellow American.
We’re all we’ve got.