Student loan debt transformed the American dream into a nightmare 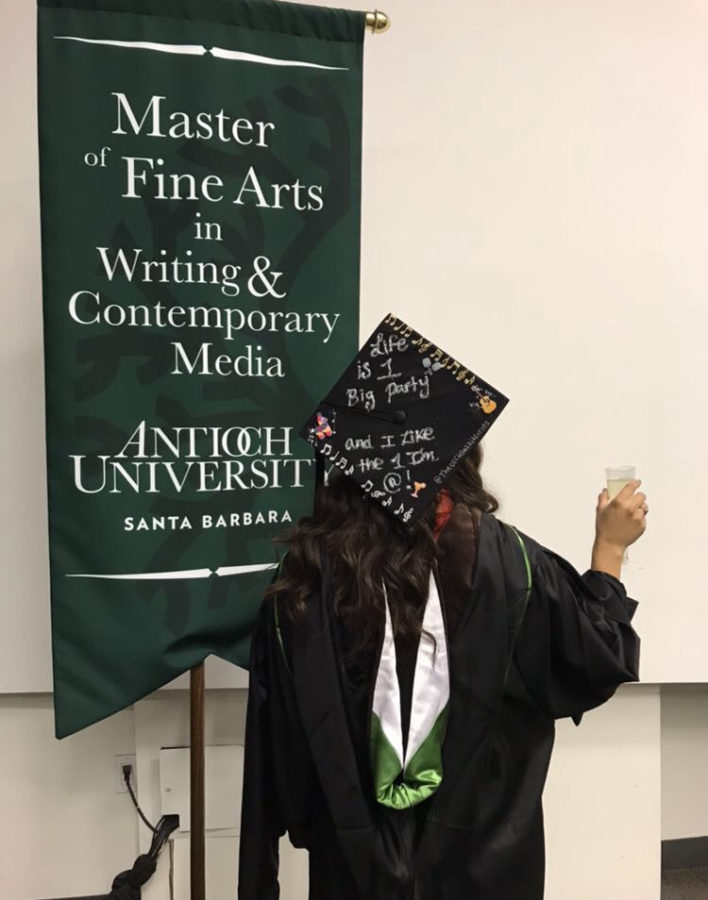 Kiki Reyes attends her graduation from Antioch University Santa Barbara, where she received a master's in fine arts through the Writing and Contemporary Media program.

Envision the American dream; a white picket fence, a golden retriever playfully chasing your children on your front lawn as your spouse pulls their new Toyota into the driveway.

The dream is the relief of accomplishment, despite all the financial setbacks one had once faced.
I don’t have the luxury of relief. In fact, I am $28,602.17 in debt because I decided to pursue higher education.
Would that have been different if I went to school in the ’70s or ’80s? Or is there a reason people take years before jumping into a graduate program?

As a returning student, I was fortunate enough to obtain a bachelor’s degree in English and a minor in Chicano studies at California State University Channel Islands. I applied for financial aid and multiple scholarships and ultimately was able to have all my undergraduate costs covered.

I wasn’t sold on applying for graduate school right after graduation, but I did because learning is something I loved and I decided, “Why not?”

I got into the writing and contemporary media master’s in fine arts program at Antioch University Santa Barbara, but didn’t receive any financial support at all. I didn’t know there were hardly any grants or scholarships for those wanting to pursue graduate degrees.

So my only option was student loans. I thought, “Well at least I don’t have to pay them back for a while…”

The options were federal direct and federal grad PLUS unsubsidized loans, or participating in federal work-study.

As a first-generation college student and daughter of immigrants, I had no knowledge that the three unsubsidized direct loans I applied for would later create a financial nightmare.

Unsubsidized means interest accumulates from the time the school receives the loan. Then, there is a six-month grace period after graduating before payments need to be made.

Imagine having to pay all at once for years to come. In other words, the $574.21 I pay per month should’ve been for a car payment or at least a quarter of a mortgage payment.

As a millennial, the idea of owning property feels like a tall tale just like the American dream.

According to the Insider, “Millennials are facing unique financial struggles previous generations weren’t, like having to save longer for increased housing costs, something that hasn’t been helped by the burden of student-loan debt.”

It wasn’t always like this. In the ’80s the general average tuition for a four-year institution was only around $5,000.

My Chicano studies professor once mentioned that she paid for her husband’s UCLA tuition on her credit card. That was of course in the early ’90s.

As tuition increases and American politicians make other issues a priority, I will be paying off my loan for the next 10-15 years, and hoping I win the lotto.