College temptations during COVID-19 forced me to move back home 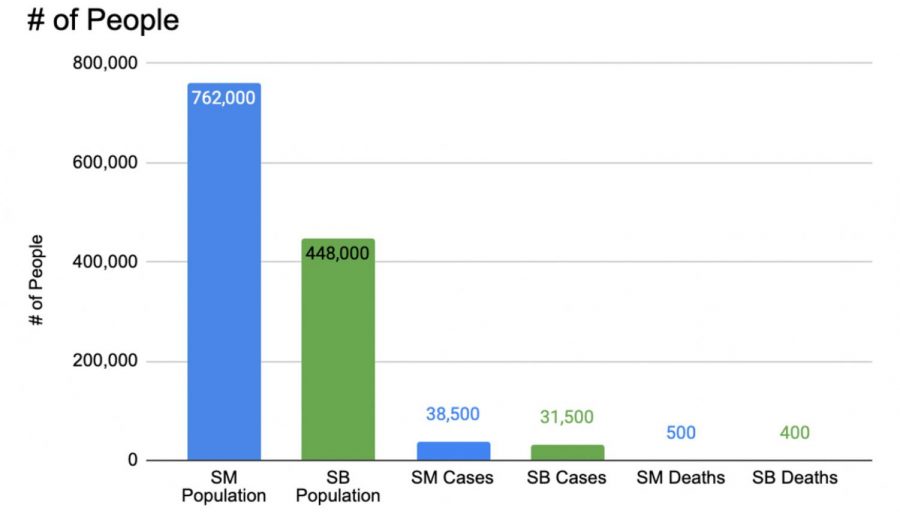 As a first-year City College student, moving to Santa Barbara from San Mateo felt like a culture shock.

I quickly noticed how masks were not worn as frequently in public places, and pandemic restrictions were seemingly viewed more like suggestions.

It became harder to resist the urge to socialize in Santa Barbara, surrounded by fellow young students who want to experience college to its fullest potential.

Due to the pandemics’ effect on daily life, I made the decision to move back home to ensure I wouldn’t give in to any unsafe temptations.

The graduating class of 2020 has faced a new set of challenges when heading off for college.

In addition to the stresses of leaving home, students also had to consider the risk of COVID-19 in unfamiliar areas. We’ve had to research how the responses differed from those in their hometown.

My parent’s biggest concern when I moved was the differing pandemic responses and that COVID-19 wouldn’t be taken as seriously in a college town.
It’s hard to follow restrictions when you look out the window to see parties and social gatherings that you want nothing more than to take part in.
As of February 25, Santa Barbara County has reported nearly 31,800 cases and just over 400 deaths, while San Mateo County reported nearly 38,700 cases and 515 deaths.

Though San Mateo County has higher overall numbers than Santa Barbara County, the drastic difference in population must be considered.

According to World Population Review, Santa Barbara County has over 300,000 fewer residents than San Mateo County. The disproportionate rates between the counties show why my parents were concerned.

San Mateo County is currently in the red tier, while Santa Barbara County remains in the highest level purple tier.

Living in Santa Barbara I began to make decisions that exposed me to the risk of COVID-19 without thought of the potential consequences.

When it came time to visit my family over winter break, I became overwhelmed by anxiety at the potential harm I could cause.

Though I tested negative, I worried over the idea of a false negative and whether I could still be a carrier of the virus.

When I got home I learned my grandmother and her entire family had tested positive for COVID-19. I knew her diagnosis had nothing to do with me since we live in different parts of the country. However, the pain she was going through forced me to re-evaluate the decisions I had been making.

I realized I didn’t want to take the chance that I might cause that pain to my parents. Even though this is the beginning of my college experience, my family’s safety is more important than anything else.

It was then that I made the decision to stay in my hometown to avoid the temptations that could risk the safety of the people I love.

While I’m disappointed to be losing out on a formative year in my life, I know that I will be all the more grateful when things return to normal.