We can change anti-vaxxers’ minds through questioning 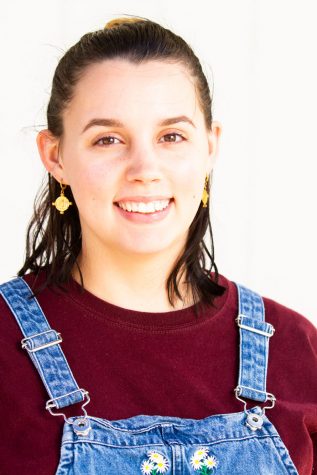 “Vaccines will give your children autism,” is a phrase most people who use social media have probably heard a few times. This claim seems so ridiculous, right?

Well, not to everybody. There is a growing movement of parents who believe a decades old study.

Although the movement might seem like a few parents on Facebook angry that they can’t take their children to school without vaccinating them, the effects have a much larger impact on our society.

The link between autism and the MMR vaccine was originally investigated by a group of british scientists, lead by Andrew Wakefield.

The study was published in 1998 and received immediate backlash.

Terrified parents began doubting everything they’ve been told about how to protect their children from disease, and in 2000 America had one of the biggest outbreaks of measles since the development of the vaccine, with 86 confirmed cases.

After 12 years many other research groups were unable to corroborate the claim that wakefield and his team had made.

Wakefield was discredited and lost his medical license soon after. It also came out that Wakefield had something to gain financially from the discontinuation of the MMR, because he had patented the “single-shot” version of the vaccine that he promoted.

Despite all this information being available on the internet, there are still countless websites and parent groups dedicated to discrediting vaccinations.

My parents had me vaccinated, but as I grew older and had more siblings I saw their views of the world change. Suddenly they were showing me videos and talking about articles they found that claimed vaccinations were dangerous.

I remember them sitting me down to watch a documentary called “Vaxxed,” a film that talked about the CDC covering up evidence that vaccines were harmful. Interestingly enough, the documentary was directed by Andrew Wakefield.

Although Wakefield had long since been discredited by the time my parents read these studies, there was no way to erase the mark he had left on the world.

The irrational fear that the government is trying to make money by killing children spread like wildfire, fueled by parents instincts to protect their kids at all costs.

There are still small pockets of America with high “anti-vaxxer” rates, with severe consequences.

An emergency was declared in Oregon earlier this year, with confirmed cases of measles doubling within a week. The majority of those affected were under 10 years old.

The only way to fight this huge misunderstanding of vaccinations and immunity is through education, because although it can be humorous to poke fun at people who think this way, it ultimately reinforces their beliefs.

In articles like “How to Talk to Anti-Vaxxers” and “Taking a Shot With Anti-Vaxxers,” research assistant Rachael Alter takes it upon herself to confront these anti-vaccination groups by targeting a specific type of member.

“I came to realize that I would never reach the trolls and the people who profit by selling anti-vaxx books and homeopathic remedies,” Alter wrote.

Instead, she began targeting those that were in the middle, well meaning parents that only wanted to make sure their kids were safe.

After trials and tribulations of trying to make people understand science and logic, she began a different approach: asking questions.

The misunderstanding of vaccinations could damage much more than the unvaccinated.

Herd immunity has protected many with autoimmune, or any other type of disorder, that prevents them from being able to get the vaccination. However, with non-vaccination numbers rising, it’s only a matter of time before we begin battling diseases that were nearly eradicated over 50 years ago.

If you happen across a person who proudly proclaims they won’t vaccinate their children, don’t get angry and don’t blow them off. Just ask why, and they’ll prove themselves wrong.