Hip dysplasia can’t stop me— I will continue chasing dreams 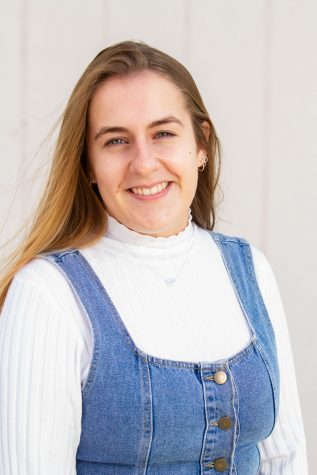 “What happened? Where did you get that big scar on your leg from?” is a question I hear all too often.

Sometimes I lie and tell them it’s from a shark bite while surfing, but after seeing their shocked expressions, I tell them the truth—I had a hip replacement.

That’s right, 20-years-old with a new hip and another one on the way. Does it stop me from living my dream? Never.

When I was young, doctors discovered I had a bad form of hip dysplasia, which meant that the cartilage between my hips, but also in all of my other joints, were gone or will be eventually.

You could compare it to arthritis, only in my case it’s worse since it’s genetic and it arrives at a young age.

Visits to the hospital to get X-rays, MRIs and exams were a large part of my childhood.

This meant no physical education classes for me and constantly sitting on the sidelines watching my friends having fun playing soccer.

It was hard being a child that didn’t fit in. Of course, I noticed the kids at school poking fun at the way I walked, but did I give them my attention? Hell no.

There was something I did fit into, and that was horseback riding. I began to ride horses when I was five and did it nearly every day. I grew up with both sides of my family involved in the sport.

I went to competitions every weekend until I was 16 and the pain became too much for me.  At that time, I had to give up my passion to my disability.

Because I use my legs all the time, my hips took the biggest toll. By age 16, half of my femoral head on the left side of my hip was gone, which meant I suffered a lot of pain every day.

I needed a new hip. Something that usually happens to much older adults happened to me when all I wanted was to be a carefree teenager.

I felt a sense of relief when the surgery was over. I could walk smoothly again with one leg which helped my other leg because now I could lean on my new hip.

After my biggest passion was gone, I needed to find something new, I wanted to see the world while I am still “flexible.”

That’s why I decided to leave my home country to explore life in America through studies, road trips and meeting new people.

Because this disease is everywhere in my body, I need my hip, knees and maybe even other joints to be replaced.

People often ask me, “how do you do that and not be sad all the time?” Easy, just enjoy life.

I like to take the time and appreciate little things. Of course, it sucks— no doubt about that. But that doesn’t mean that I should sit somewhere crying about what I have when mentally, I feel fine.

Unfortunately, there is no cure for this, only replacements of the joints. My joints will only get worse over time since the human body moves, and with almost no cartilage, the bones are rubbing against each other causing them to wear down, but that doesn’t stop me.

Then there is also the problem that prosthetic joints don’t stay good forever, which can lead to multiple replacements of the same joint.

Maybe one day I’ll be more titanium than bone, but I’m totally fine with that. No matter what, I’ll still pursue my dreams.