America’s youth are growing more inclusive and diverse than ever, so why isn’t that reflected in our high school curriculums? 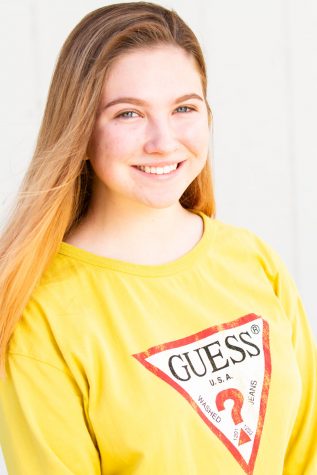 The demand for ethnic studies courses in California reflects this vast disconnect.

California is one of our nation’s most diverse states. More than half of its 1.7 million high school students are Hispanic or Latino.

The state needs to make ethnic studies a state-wide graduation requirement, making up for the years of eurocentric curriculum and empowering students to discuss more complex issues like oppression, identity and the intricacies of social movements.

California has indeed tried to get the ethnic studies requirement added, proposing bill AB-2772 for a grant to support such programs. The bill passed in the house and state assembly before being vetoed by former governor Jerry Brown. Brown claimed that students are “already overburdened” by tests and homework and don’t need another requirement.

You’re right, Jerry. High school students are more overloaded than ever, but that boils down to the high pressure environment and onslaught of standardized tests, not the curriculum itself. A single semester of a course designed to give students a more inclusive view of history will not push them over the edge. In fact, research has shown that courses in ethnic studies actually improve grades and attendance.

So what has been done to move this forward?

The Ethnic Studies Now Coalition has pressed for years to require ethnic studies in high schools. The Santa Barbara Unified School District finally voted to make the course a graduation requirement. This makes Santa Barbara one of the first California districts to do so.

But the fight doesn’t end here. Even after requirements like this are put in place, they are bound to face scores of red tape before being implemented. We have to keep pushing for change, even if some feel unaffected by the movement.

It’s easy to give up on an issue if you feel it doesn’t directly apply to you.

“But the motion was passed!”

Sure, but that’s like claiming racism ended with the Civil Rights Act or women were suddenly treated equally after the Nineteenth Amendment.

Every movement for change must be followed by continued support for the issue. The ethnic studies program won’t just benefit minorities, it will strengthen the connections students make with the world around them.

The world is experiencing a shift in culture. No longer can you remain comfortably unaware of the backgrounds of the different people around you. Ignorance is being tolerated less and less— try acting on bigoted viewpoints and expect to face the consequences.

We won’t see bigotry disappear overnight. Instead, we need to educate future generations about the complex cultural relations, power dynamics, and social movements that shape this country.

In addition to the social change an ethnic studies course will bring, it will finally give underrepresented students a chance to learn about their heritage in a traditional school setting.

This is a big step toward creating a society of acceptance and inclusion.

Let’s not let red tape or former governors keep us from progress.