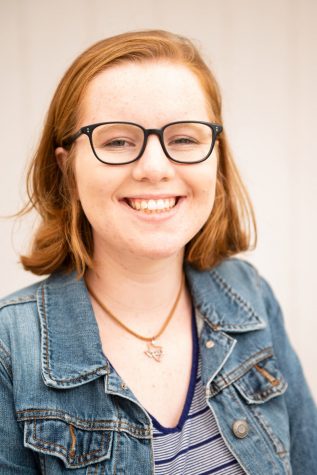 Santa Barbara has always welcomed pets with open arms, but with the lack of animal shelters downtown, the city has yet to reach its potential to be the most pet-friendly city on the Central Coast.

Santa Barbara’s reputation as a fido-haven is well deserved. It’s nearly impossible to walk up and down State Street and not see at least ten dogs walking with their owners. The dogs look happy, staring in at every establishment they pass, hoping that a piece of chicken or turkey will be dropped by a nearby patron. Many restaurants in town, like Eureka! at the Paseo Nuevo Shopping Center, allow dogs on the patio.

For a small city, Santa Barbara is very animal-friendly, but it is lacking one very important aspect: animal adoption centers in the city’s most populated areas.

As someone who is wildly passionate about animal rescue, this has been on my mind ever since moving to town in August. As I ride my bike down State Street, I see so many dogs, but find myself wishing there was a place I could go to somewhere close to home where I could meet the cats and dogs that so desperately need our help.

Opening another adoption center downtown would help not only Santa Barbara but the saddening statistics about animal euthanization as a whole. About 1.5 million cats and dogs are euthanized each year, due to reasons ranging from the age of the animal to overcrowding in shelters. Opening a new shelter in downtown would be a small step, but an impactful one, as that shelter could help save hundreds of pets each year.

In almost every shelter, there are instances of animals being there for months, years even, and sometimes all they need is a change of scenery, where a new slate of potential adopters can meet them.

As soon as any animals are adopted from this hypothetical new shelter, it would create space for more, resulting in a constant revolving door of rescued pets.

The Santa Barbara Humane Society, on Overpass Road in Goleta, is one of the regions biggest animal shelters in the area. They care for a multitude of adoptable dogs and cats, as well as provide boarding and vaccination services. The facility itself is big enough to house over one hundred adoptable animals, but the location of the center is close to the foothills and is miles away from lower State Street.

The Humane Society does great work for the Central Coast and even helped with the rescue and caretaking of animals affected by the tragic Thomas Fire of 2017.

They aren’t the only nearby shelter, either. The Animal Shelter Assistance Program, which is linked to the Santa Barbara County Animal Services, is an adoption center for cats. Bunnies Urgently Needing Shelter (BUNS) is a rescue center for rabbits and guinea pigs, and they help them find homes. Both are nestled near the Humane Society on Overpass Road.

All of these places do phenomenal work for the humans and animals that reside in their communities, but there is still work to be done. On lower State Street, arguably the busiest area of town, there is only one pet adoption center, Cat Therapy, where people can do yoga and hang out with adoptable cats.

There’s really only one thing that is standing in the way of a new adoption center in the heart of downtown: the cost.

Rent is high downtown. The average cost for a place on State seems to be anywhere from $20 to $50 per square foot per year. Businesses often close due to the high cost but something as important as animal rescue is worth the risk. The foot traffic alone would increase adoptions, as well as profits made from including a retail store in the shelter, providing new adopters with easy access to food, toys, collars, and leashes.

Wags n’ Whiskers, an event that was held in October on Santa Barbara City College’s West Campus, is the region’s biggest annual adoption event. This year, more than 30 animals were rescued, but opening new adoption centers in a very busy area of town would consistently boost the numbers of animals saved on the Central Coast as well as help decrease the high occupancies of shelters all over California.

Cats and dogs do so much good. Whether you are a young, nervous college student in need of a buddy, or a family wanting to invite a new fido friend into your home, it’s pet adoption centers run by vividly passionate people that help better a community.

Every semester, college students move to Santa Barbara and create a new home for themselves. I think it’s time that we invite some new furry friends here and help them do the same.