Pro-lifers do not value all life. They just restrict women’s rights 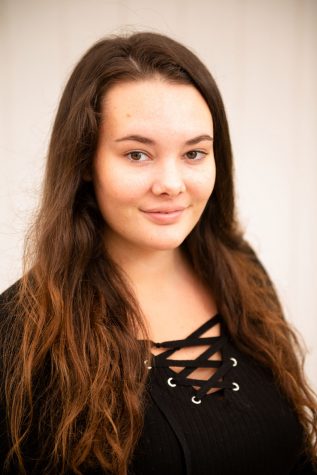 Pro-life versus pro-choice is a controversial topic both in the United States and around the world, but whether or not the pro-life movement is really pro-life needs to be discussed.

Pro-life should mean you stand up for the rights of all life, yet these so-called pro-lifers would rather see a child grow up under potential bad circumstances than the mother terminating the pregnancy. Additionally, we have so many people who consider themselves pro-life, but it is not pro-life to prioritize the rights of a fetus rather than a living, breathing human being.

In 1969 the Centers for Disease Control and Preventions started doing abortion surveillance to document the number of women who obtained legal abortions every year, with around 653 thousand abortions reported to the CDC in 2014.

Earlier this year, the legislature in Iowa passed the most restrictive abortion law in the United States, though it is now on hold while it is being challenged in the courts. The law is commonly known as the Heartbeat Bill and it would ban physicians from conducting an abortion if a heartbeat is detected.

A heartbeat can be detected as early as in week six of the pregnancy, a time which many women haven’t even found out about their pregnancies.

This can be found in studies provided by the World Health Organization and Guttmacher which estimate about 25 million unsafe abortions are conducted every year around the world.

The same study also found around 23 thousand women die annually due to unsafe abortions and of the women who survive, between two and seven million sustain life-long damage.

Based on the numbers provided by studies, more women suffer from unsafe abortions every year than the amount of safe abortions conducted annually.

Whether the pro-life movement is really pro-life needs to be discussed in this context.

Iowa is far from alone when it comes to restricting or even banning abortions. Currently, 26 countries have prohibited abortion altogether. In an additional 37 countries, abortions are prohibited unless needed to save the woman’s life.

In light of all this, I refuse to accept the claim that people can limit the rights women have over their own bodies and still believe all life is valuable.

I refuse to accept the claim that people can restrict abortion access — which forces women to risk their lives by undergoing unsafe abortions — and still believe all life is valuable.

I cannot enjoy my life while women in Iowa and large parts of the world are losing the right to live theirs.